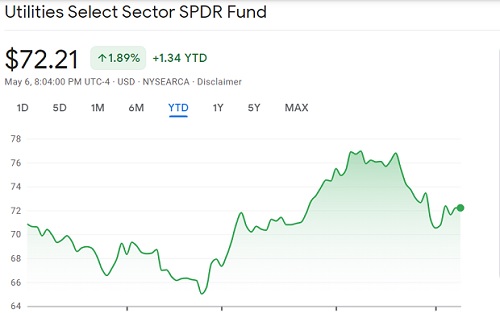 May 13, 2022 Profitable Investing Tips No Comments

The USA is experiencing its highest inflation in four decades. Both prices and wages are up. Wages are up because there are more available jobs than people to fill them. Prices are up for three reasons. Two presidents, the US Congress, and the Federal Reserve flooded the economy with money to fight the pandemic-driven recession and overshot. Russia is being cut off from the world economic system due to its war on Ukraine. And China is using a zero tolerance lockdown strategy to fight the current wave of the Covid omicron variant shutting down a critical part of the global supply chain. Both Russia and China are partially responsible for the supply side part. Here we look at supply side inflation and your investments.

The US Federal Reserve has raised interest rates by 0.50% in May and will be repeating this monthly for several months according to Fed Chair Powell. When he stated that 0.75% raises were off the table the markets soared toward the close as the Dow, S&P 500 and Nasdaq all had their best day of the year. This was followed the next morning by the worst day of the year as all indices fell by more than their previous day’s rise. The Fed’s efforts could easily cause a recession which happens more often than not with rate increases. Thus, the Fed efforts to calm inflation could hurt the economy and the markets and should be taken into consideration when investing.

Supply Side Issues Will Not Be Helped By Fed Actions

China is experiencing the downside of karma. They started the Covid pandemic and now are using a draconian zero tolerance policy to control outbreaks. They are using an ineffective vaccine and have low vaccination rates in the elderly. All of Shanghai (25 million people) is shut down adding to supply chain problems coming out of Asia. These supply side issues are driving up prices such as when there are not enough computer chips to make cars, car production suffers, car prices, new and old, go up. Russia’s war in Ukraine has effectively cut off 30% of wheat exports, 50% of sunflower seed oil exports, 20% of corn exports, and a fifth of fertilizer exports like potash and ammonia. As nations across the globe fear for food shortages, shortages of raw materials, and more we are seeing protectionism replace much of the previously interlocked global supply chain. When commodities are available at all, prices are higher and will likely go higher yet.

Investing In a World With Protectionism and Supply Side Inflation

When the stock market crashed in 1929 the US made things worse by passing a tariff on imports from Europe. Europe countered with their own tariffs and the trade war helped drive the world into decade-long depression that included a three-year-long slide of the stock market. Today the issues are supply chain disruption, war in Ukraine, Covid lockdowns, and raging inflation. The slide in the stock market will likely continue so long as these issues have not been rectified. The Fed’s actions will help reduce inflation but do nothing to help supply issues. Thus, you will likely see many of the stocks in your portfolio fall and continue to fall for months or even years as in 1929 to 1932. The best investments during this time will be companies that do not rely on foreign imports or foreign customers such as McDonalds, utilities, and tech companies that create and sell software like Microsoft. All of these will be affected when people start cutting expenses but will not be hurt by supply chain issues, protectionism, or actions of economic warfare such as with Russia. Another alternative will be US and European defense stocks so long as the war in Ukraine lasts and even longer as a new cold war ensues and nations have to replenish their arsenals that are being depleted by the war.

Tags: fed efforts to calm inflation, investing in a world with protectionism and supply side inflation, supply side issues will not be helped by fed actions
Previous Post 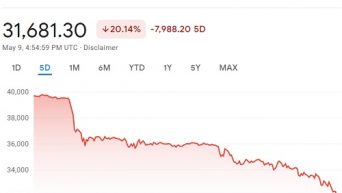 Effects of a Major Recession on Cryptocurrencies