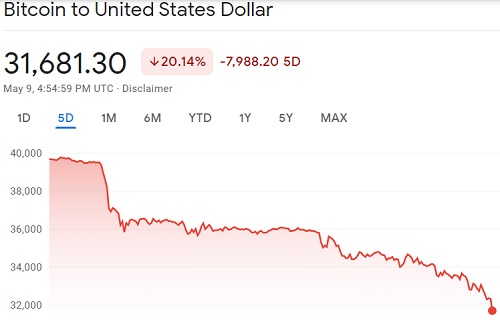 One of the strong arguments for investing in cryptocurrencies is that they are expected to retain their value as fiat currencies like the dollar and euro lose theirs. This argument especially made sense ever since the Federal Reserve lowered interest rates after the Financial Crisis. Now the Fed has raised interest rates by 0.50% in May 2022 and promises to raise rates by the same for several months in a row. What will be the effect of higher interest rates on crypto investing?

The prospect of higher interest rates has driven the stock market down like nothing since the crash that ushered in the Financial Crisis. Sufficiently higher interest rates slow the economy and typically lead to lower prices for oil and other commodities. The Russian invasion of Ukraine, subsequent sanctions on Russia, and widespread protectionism have kept commodity prices up while the Nasdaq has fallen. Interestingly the Nasdaq and Bitcoin tend to track together. Since the Fed announced its May 2022 rate increase Bitcoin has fallen more than 20% against the dollar while Nasdaq has fallen nearly 10%.

Anticipation Is Critical to Successful Investing

Markets are forward looking. This applies to commodity, stock, options, and currency markets. And it should apply to the crypto market and the likely effect of higher interest rates on crypto investing. Inflation is at its highest in the US in four decades. The general consensus is that the Federal Reserve is behind the curve in raising interest rates. Money poured into the economy to protect against economic collapse during the pandemic is a big factor but so are continuing supply chain disruptions and likely disruptions into the future with China’s misguided lockdown policy, sanctions on Russia, Russia’s use of commodities like wheat as weapons, and a war in Ukraine that is likely to become more intense as Western arms arrive on the battlefield. Looking ahead it is likely that the Fed will keep raising rates of months to come. The dollar will continue to strengthen and the Nasdaq as well as cryptocurrencies are likely to keep falling.

When the stock market crashes not all stocks fall. For example, utilities, consumer stocks, beer stocks frequently become safe havens during a recession. Long term investors use a concept called intrinsic value to anticipate future prices. In the stock market this has to do with forward-looking earnings. How many happy meals will McDonalds be selling in the year to come? How many copies of Office 365 will Microsoft lease year by year? How many of the newest iPhones will Apple sell? The intrinsic value of these investments has to do with how much money the company can make, how much money they have in reserve versus their debts. Bitcoin has tended to rise and fall along with the Nasdaq. Both of these investments have benefitted from low interest rates and the belief that they will keep going up virtually forever. At some point they will diverge because companies in Nasdaq like Apple, Microsoft, Amazon, Tesla, and Nvidia make things and/or do things that make money. Kellogg is up 15% year to date as people still eat cereal for breakfast. These companies have fundamental value outside of their speculative value. The problem with cryptocurrencies is that their fundamental value as a means of exchange has been eclipsed by their speculative value. Where that fundamental value is remains to be seen but may become clear as interest rates go up and markets fall. 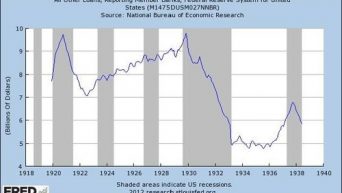 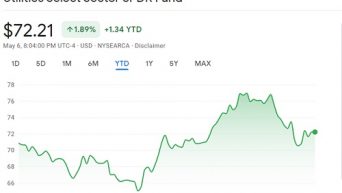