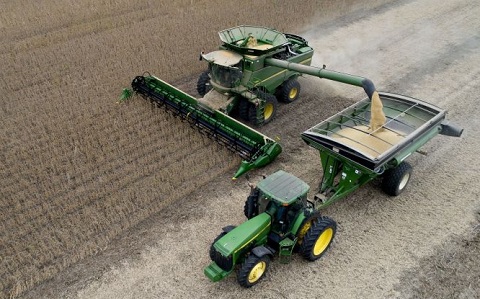 China and the USA have both hardened their positions to protect their national interests in the ongoing trade war. China is increasingly talking about not being humiliated as during the European Colonial Era and the USA is increasingly talking about China as a threat to US technological and economic leadership. What you need to consider is how to go about investing during a protracted trade war.

How Will the Trade War Affect Investments?

To the extent that you are invested in China, you may need to worry about the companies that will be sanctioned or cut off from high tech American products. The New York Times writes that the USA blacklists more Chinese tech companies over security concerns.

The Trump administration added five Chinese entities to a United States blacklist on Friday, further restricting China’s access to American technology and stoking already high tensions before a planned meeting between President Trump and President Xi Jinping of China in Japan next week.

The Commerce Department announced that it would add four Chinese companies and one Chinese institute to an “entity list,” saying they posed risks to American national security or foreign policy interests. The move essentially bars them from buying American technology and components without a waiver from the United States government, which could all but cripple them because of their reliance on American chips and other technology to make advanced electronics.

US policy makers have worried for years about China moving past the mass production of products to becoming dominant in ultra high tech. This is seen as a concern for US national security seems to have been the red line that China crosses when it set its sights on dominating supercomputing, artificial intelligence, and other ultra high tech areas.

For investing during a protracted trade way you will need to look at who loses markets and sales because of these restrictions. US chip makers are still at the forefront of manufacturing the highest quality of the fastest and most powerful chips. To the extent that they lose their markets, it will hurt anyone invested in these companies. To the extent that you are invested in a company like Huawei which seeks to dominate the newest and highest tech levels of telecommunications, you need to be concerned about the US and perhaps the Europeans banning their products and technology outright and continuing to do so for years. Then, a smart investor will look around to see who else is working in these echelons of high tech to see where to invest next.

The Trade War and Investment in Raw Materials for High Tech

We recently wrote about investing in non-Chinese rare earth producers. As we noted, the rare earth minerals that go into computer chips and other high tech products are not really rare. But they don’t exist in concentrated amounts that make mining economically feasible in most areas. China has invested in mining these minerals because it can do so cheaper than companies working in the West. And, they are doing it to control the market. To the extent that mining rare earth minerals outside of China because a defined national security concern, look to see government subsidies and support for these types of operations and more profits for investors.

Investing and Manufacturing Anywhere But China

There is a belief now that ABC is the best place for supply chains. “ABC” means anywhere but China. However, much of the manufacturing in Asian nations outside of China is taking place by Chinese companies setting up shop in places like Vietnam. Beware of investments in these countries if the USA starts looking closer at who owns a company, where the profits are going, and how much control the Chinese government is still exerting. To the extent that manufacturing is taking place in countries like Mexico, and the Trump administration is not applying punitive tariffs, these might be safer investments.

As you will note, we have not made any specific investment recommendations, which we rarely do. But, we hope this article has provided “food for thought” as the trade war goes forward and even lasts for another generation or two. We suggest that you read an article in the South Morning China Post about prolonged tensions with the US. A better way to view this subject is perhaps not to think in terms of trade but to look at who wants to dominate the planet for centuries to come and how much suffering they will inflict on their own people in order to achieve that goal.

Is Ford a Good or a Bad Investment?

How Could War with Iran Affect Your Investments?