How Could War with Iran Affect Your Investments?

Depending on whom you talk to we are at the brink of war with Iran in the last few weeks or have been at war with the Islamic Republic for several years. Most recently the U.S. president ordered an air strike in retaliation for Iran shooting down a U.S. spy drone. He allegedly called it off at the last minute because of not wanting to kill 150 people and said that such a response would have been out of proportion. As the world frets of a possible war with Iran, we are concerned about the flow of oil coming out of the Persian Gulf being shut off, Saudi oil fields and others in the area being damaged as well as shipping and storage facilities. The question for an investor is, how could war with Iran affect your investments?

Your Investments in the Stock Market Could Suffer

Forbes suggests that an all-out Iranian conflict could torpedo the stock market.

Aside from the perfectly reasonable fear that a raging (and possibly radioactive) regional conflict with a rabid and likely already nuclear-armed foe should inspire, the economic risks – unlike those engendered by the tanking Chinese economy – are fairly limited to oil price effects.

Not to discount the damage an intense war in the tightly-wound Middle East that could ensnare arch-enemies Iran (and satellites like Syria and Lebanon) on one side, and major non-US players like Israel and Saudi Arabia on the other.

Such a flashpoint could engender untold and unholy consequences that might poison human culture for decades, or longer.

They note the problems that conflict in the region might cause if the flow of oil is interrupted and, even worse, if the infrastructure is damaged for years to come.
On the other hand, both the USA and Russia are bigger oil and gas producers than all of the Persian Gulf. Perhaps, investing in oil companies that work outside of the Middle East could lead to substantial profits.

War, Recession, and Your Investments

The Post Millennial writes that war with Iran will sink Canada into a recession.

Canada still buys a bulk of its oil from Saudi Arabia and doesn’t have enough capacity to be self-sufficient. If Iran’s navy shuts down the Strait of Hormuz, through which ⅙ of the world’s oil and gas trade occurs, it would spell disaster for not just Canada, but the entire world.

The price of oil would explode. Gas prices, already at a high due to Trudeau’s carbon tax, will skyrocket. It is highly likely that Canada, currently only growing at a meager 0.1%, will enter into a major recession.

While the oil shock may help in Canada’s oil exports, it could reduce demand and dampen the effect of the price surge.

While Canadian oil producers would do well, the Canadian economy would tank if Persian Gulf oil were cut off. And, the Millennial has a lot of other concerns about Canada being dragged into such a conflict, such as Canadians dying in combat.

Our opinion is that the US economy may be ready to cool off a bit and an armed conflict anywhere would not help. The US stock market is still overbought and does not need one more dose of uncertainty. And, while the US is juggling a trade war with China, picking fights with everyone else, and locked in a red state blue state fight to the political death, this may not be the best time to go to war. The problem is that governments have long used foreign adventures to distract from their problems (and inadequacies) at home. As such, take a close look at your investments and consider what happens if fighting breaks out in the Persian Gulf. 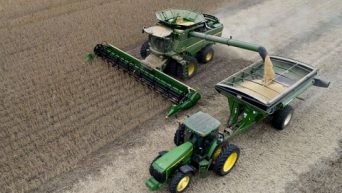 How Politics Will Affect Your Investments