A nationwide rail strike was narrowly averted in September with assistance from the Biden administration. Now one railway workers union has narrowly voted against a proposed labor contract. If there ends up being a rail strike, projections include economic damage of up to $160 billion a month for just the chemical industry and inflation going back up after a brief period of relief. If the industry and railway workers are unable to agree to a contract and there is a strike the economic cost could be closer to $2 billion a day according to The New York Times. It is time to consider the effect of a rail strike on the US economy and your investments.

What Are the Issues That Could Lead to a Rail Strike?

Labor negotiations have been going on for three years and, because they are coming to an impasse, a national rail strike is possible. According to The New York Times workers, railroads are providing their services with less use of resources which can be seen as good business practice. Railway employees complain that inflexible scheduling has made their personal lives more difficult to the degree that people leave good-paying jobs. The railway business model aims to continually hold down costs of which a major portion are labor costs.

A problem complained about by workers and duly noted by industry experts is that the nearly obsessive drive to reduce costs has cut capacity to the point where workers cannot deal with disruptions like natural disasters, personal worker issues, or a global pandemic for that matter. Workers say that working conditions affect their health and even make it difficult to attend to health issues by getting to see a doctor in a timely manner. The entire US economy has seen the effects of workers moving on to jobs with better pay, benefits, working conditions, and opportunities for advancement. With that in mind plus the fact negotiations have been going on for 3 years, workers seem adamant about the issues involved which makes for a greater likelihood of a strike.

How Will a Railway Strike Affect the Economy and Your Investments?

A snapshot of the effects on the economy of a rail strike comes from the chemical industry. A trade group that includes Dow, Dupont, Exxon Mobil, BP, Eli Lilly, and 3M says that a strike would necessitate the closure of chemical plants, affect about $2.8 billion a week in chemical cargo, and run to $160 billion a month in lost GDP just in that industry. Freight companies are already prioritizing shipments of cargo like chlorine for chlorinated drinking water in preparation for a strike. In order to avoid dangerous situations with chemicals on rail sidings all chemical shipments will be halted 96 hours before a strike deadline. Agriculture, energy and autos are all expected to be hurt by a rail strike. If the strike is averted railway workers will get raises and working conditions will be improved, which will generally mean more employees getting better pay and benefits.

Shortages will lead to higher prices which will drive inflation up again after the recent good news of a drop in the inflation rate. One can expect a strike to drive stocks down mostly in the sectors like energy, chemicals, autos, and agriculture but also in consumer stocks and the entire business sector as more inflation will drive the nation closer to a recession. Higher rates will cause the Fed not to pause in their interest rate hikes which, in turn, will drive us closer to a recession. The dollar will continue to strengthen against other currencies and conservative investors will increasingly hold cash in reserve to see what happens.

Tags: How Will a Railway Strike Affect the Economy and Your Investments, What Are the Issues The Could Lead to a Rail Strike
Previous Post 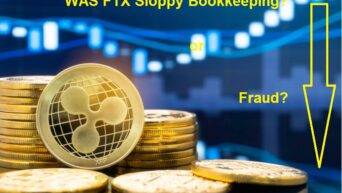 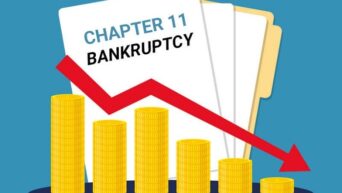 What Happens in the FTX Bankruptcy?