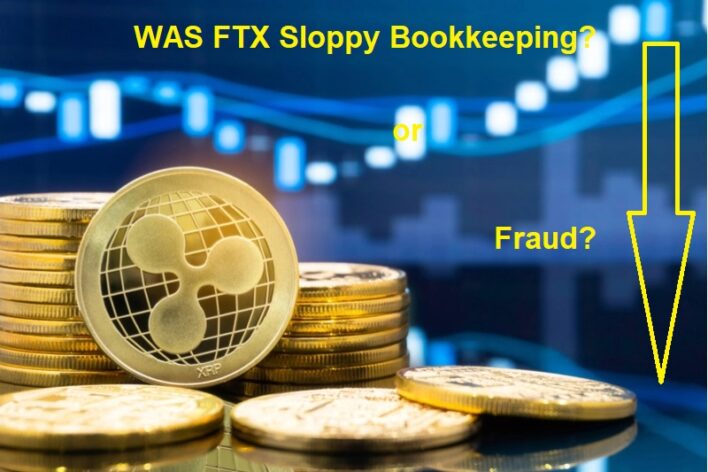 Many crypto investors have been licking their wounds this year of the crypto winter. The number of wounded and the severity of the damage in the crypto realm just got worse with the collapse of FTX, one of the largest and, supposedly, healthiest crypto exchanges. As FTX has filed for chapter 11 bankruptcy protection a lot of information has come out and it is not flattering for Sam Bankman-Fried’s business that went from billions to nothing in about a week. As we pick through the pieces the question arises, was the FTX collapse failed business or fraud? Bad bookkeeping and overleveraging are one thing but fraud and illegal dealings are another.

FTX in the Sights of Prosecutors Prior to Financial Collapse

It has now come out, according to Bloomberg, that the US Attorney’s Office for the Southern District of New York was already investigating FTX as well as several other crypto exchanges months before the company went bankrupt. The Bank Secrecy Act requires all financial institutions to manage their businesses in such a way as to prevent financing of terrorism and money laundering. This includes crypto operations who claim not to serve US customers but who really do. Crypto businesses that have run afoul of this law include Bittrex which did not devote sufficient staff and effort to keeping track of who was using their services, Tornado Cash who willfully helped bad actors with Bitcoin mixing services, and now, perhaps, FTX.

The FTX main business was run out of the Bahamas with FTX US as a smaller part of the business. Although FTX US said it complied with the Bank Secrecy Act prosecutors were not all that certain and were investigating. After Bankman-Fried handed over control of FTX to John J. Ray III (who handled the Enron bankruptcy), Ray described FTX bookkeeping as “a complete absence of trustworthy financial information.” According to filings with the bankruptcy court FTX had loans totaling more than $1 billion made by its Alameda arm to FTX executives including Bankman-Fried. This was money in the form of FTT tokens from the main arm of the business and part of the issue of so much of the FTX pool of assets being funny money loaned from one part of the business to the other. Included in the bankruptcy filing is an allegation that specific software was being used to conceal the fact that customer funds were being used for these loans. The bottom line here is that FTX could be charged with wire fraud if prosecutors can show that in order to gain from these activities someone used an email, text message, or phone call.

Why Did FTX Creditors and Token Holders Lose Money?

In the investing world it is always wise to know why you made money with an investment or why you lost money. Obviously, one wants to repeat successful efforts and avoid doing something stupid again. In the case of FTX and FTX tokens a valid question is if FTX was just one more crypto business that was over-leveraged and betting that crypto would always go up. Or was it intentionally deceiving folks who were buying and trading FTT tokens and folks who were investing in or loaning to their business. We have written about the perils of crypto in the world of decentralized finance. An investor takes out a loan paid out in cryptocurrency but payable in US dollars. When the cryptocurrency goes up in value this works out really well and when crypt takes a nosedive, like all of this year, it turns into an unmitigated disaster. Shame on you Mr. or Mrs. investor if you misread the market and lost money. But lots of financial shenanigans can hide in what may appear to be sloppy accounting practices. If Mr. Bankman-Fried et. al. were intentionally deceiving creditors and investors that was criminal activity and not the direct fault of the investor. Unfortunately, if all of the money is gone (or was never really there) the results for those who lost money in the FTX mess will be largely the same. Creditors large and small have been caught up in the FTX collapse and there are valid fears of a significant crypto meltdown as a result.

Was the FTX Collapse Failed Business or Fraud? – SlideShare Version

Was the FTX Collapse Failed Business or Fraud? – DOC

Was the FTX Collapse Failed Business or Fraud? – PDF

Tags: FTX and Potential Wire Fraud, FTX in the Sights of Prosecutors Prior to Financial Collapse, Why Did FTX Creditors and Token Holders Lose Money
Previous Post 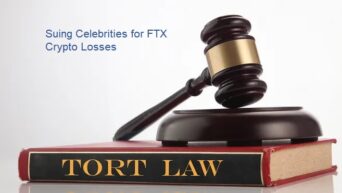 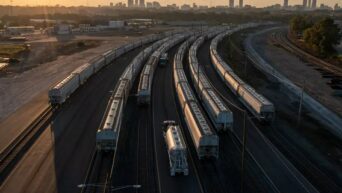