When your investments have had a bad run (or a good one) it is always wise to look back and consider the causes. That way you can make any necessary changes to avoid past mistakes or continue with the approaches that have proven to work the best. However, there are times when the ground shifts under an investor’s feet providing once in a generation investment lessons. In this regard we are considering this question. Why was 2022 so bad for investors and what are the lessons to take forward?

Stock market rallies commonly last for years. In the last half century the bull market starting in 1970 lasted 3 years. The one beginning in 1974 lasted 6 years. The next one lasted five years from 1982 to 1987 and the next was thirteen years from 1987 to 2000 and the dot com crash. Two years later the market rallied from 2002 to 2007 and the Financial Crash and finally the market recovered from the Financial Crash and went up from 2009 to 2020 and the Covid Crash. The shortest of the bunch was from the 2020 Covid recovery to the 2022 crash/correction. An argument can be made that the 2009 bull market actually continued to 2022 as the reason for the Covid Crash was a global pandemic and not the usual mix of economic factors. The point is that even bull markets that last a long time eventually end that their end can be painful.

Inflation and High Interest Rates Drive the Market Down in 2022

The New York Times wrote about the year the long stock market rally ended. The first trading day of 2022 gave no hint that a dismal year was in store. The S&P 500 notched another record high and Tesla went up 13.5%. Meanwhile the Federal Reserve Open Market Committee had decided to increase interest rates at a faster pace due to their concerns about inflation. What shocked the market was the release of minutes from the Fed’s most recent meeting in which those concerns were voiced. Two days after hitting its peak the S&P 500 fell 1.9% foreshadowing how the rest of the year would go. 2022 spelled the end of a market where risk taking was repeatedly rewarded in tech and crypto.

The Painful Lesson of Investing During Inflationary Cycles

When inflation hits and the US Federal Reserve counters by raising interest rates that is typically a bad time for stocks and usually better for houses, farmland, and other tangible assets. Looking back more than 60 years one can see that interest rates have certainly been substantially higher than they are today so why are today’s rates such a problem? The key lies in the fact that rates were near zero from 2008 to 2016 and only climbed to 2.5% by the middle of 2019 before coming down to 1.55% before the Covid pandemic hit, at which time the Fed dropped rates back down to less than a tenth of a percent. The point is that a generation of investors has only seen the lowest rates ever and has grown accustomed to taking investment risks and repeatedly being rewarded. As smart as folks may think they are, they tend to stick to what has worked until they are beaten over the head (in a financial sense) enough let it sink in that the investment world has changed, perhaps forever.

While Amazon.com became the first company to lose $1 trillion in market cap Coca Cola started 2022 at $60.47 a share and ended it at $63.61. Oil stocks went up largely because of the war in Ukraine and sanctions on Russia. These are the same stocks that were left in the dust by the big tech stocks for years. The period during which the last bull market soared was bracketed by the Financial Crisis on one end and the double whammy of the Covid Pandemic and the fallout of excessive stimulation due to fighting the Covid Crash and Russia’s invasion of Ukraine. Investors can be forgiven for not expecting much of what happened during that period or on either end. However, a good lesson from successful long-term investors is that one should always understand how it is that a company makes money and how it will continue to do so in the future. Using that premise and intrinsic value as a guide many avoided getting smacked aside of the head financially speaking in 2022 by looking ahead and rotating out of risky stocks before the Fed started raising rates and driving the pricier parts of the market down.

Why Was 2022 So Bad for Investors? – SlideShare Version

Tags: All Stock Market Rallies Eventually End, Inflation and High Interest Rates Drive the Market Down in 2022, The Painful Lesson of Investing During Inflationary Cycles, Which Investments Did OK in 2022
Previous Post 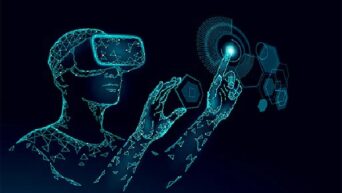 What Does 2023 Have in Store for the Metaverse?