Investing in a mix of stocks and bonds has long been a recipe for building a profitable and secure investment portfolio. However bonds fell out of favor after the Financial Crisis when the US Federal Reserve held interest rates near zero. Bonds did not provide much return and low interest rates propelled the stock market to higher and higher levels. Now interest rates are going up making bonds more attractive although inflation is currently eating up more of the dollar’s purchasing capacity than is provided by current bond rates. When should you invest in bonds as the inflation, Fed interest rate increases, and looming recession scenarios play out?

Bloomberg writes about a recent “bond collapse” as interest rates go up and the values of current bonds go down. Many are seeing this as an opportunity to buy bonds at attractive prices. They note that the yield on the US 10-year treasury has gone up the most since any time period since 2003. The problem is in timing large purchases of long term treasuries or corporate bonds. Will the Fed keep raising interest rates until they reach their 2% inflation target or will they back off when the economy goes into a severe recession. The prices of current bonds will keep falling as interest rates go up. Bond prices will begin to fall when the Fed starts to reduce interest rates. Anyone who jumps in now to purchase bonds believes that contrary to what they are saying, the Fed will soon stop raising rates or even lower them. The risk for those jumping in now could be substantial if Powell keeps pushing rates higher with a recession looming.

How to Make Money in Bonds

There are two classes of bond buyers. There are folks who want a reliable return on their investment in the form of interest payments. They want to make certain that they do not lose any dollar value in their investments and are willing to accept a gradual reduction in purchasing power in return for assurance that, unlike with the stock market, half of the value of their investment could disappear in a few days. These folks often take a dollar cost averaging approach to bond purchases by buying the same dollar value in bonds at a steady rate no matter where interest rates or bond prices stand. They see bonds as a way to invest without losing any money.

Alternatively one can trade bonds. When the Fed jacked up rates to the 20% range to kill inflation at the end of the 1970s many traders bought bonds. But they did not intend to hold them to maturity. Rather they sold those treasuries a year or two later as bond rates fell to the 15%, 12%, 10%, 8%, and 6% by the 1990s. Bond traders repeatedly bought, held briefly, and sold as rates continued to fall. Anyone who has jumped into bonds after the current “collapse” is hoping to do the same. The problem for them is timing. If the Fed keeps raising rates today’s bonds will be worth less tomorrow than they are today.

When to Invest in Bonds

If you want to buy bonds as a way to guarantee a steady stream of income, now may be as good a time as any as rates are higher than they were just a year ago. If you want even better yields you might consider that the Russian war in Ukraine is not over, inflation is still up, and the supply chain coming out of China is still gummed up with repeated Covid lockdowns. Thus the Fed is likely to keep raising rates in the near term. Now you are getting into timing the bond market. An alternative approach would be to stick with dollar cost averaging and a steady stream of bond purchases as rates go up and eventually go down.

If you are going to trade bonds in the current environment, we wish you luck. Our opinion is that there are factors driving inflation that will not be cured by Fed rate increases and so we expect inflation to continue at least into 2023 albeit at a lower rate. The Fed will likely stop raising rates late this year which would be the ideal time to buy bonds either for the long term or to trade. Having said that, your guess may be as good as ours. Good luck.

When Should You Invest in Bonds? – SlideShare Version

When Should You Invest in Bonds? – DOC

When Should You Invest in Bonds? – PDF

Tags: an epic bond collapse, How to Make Money in Bonds, When to Invest in Bonds
Previous Post 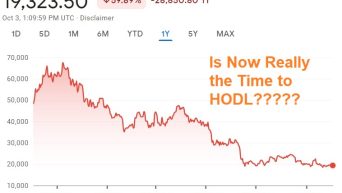 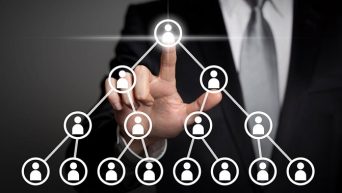 Inside the Celsius Crypto Bankruptcy