Bitcoin popped up four and a half percent a few days ago. Does this mean it is on its way back up or is this the last gasp before crypto follows the stock market down again? Coinbase reported the mixed outlook for Bitcoin trading as the cryptocurrency opens a new trendline but sees its 200-day moving average fall. Both of these “mixed” signs are technical indicators and not market fundamentals. How should the smart Bitcoin trader proceed from here considering the mixed outlook for Bitcoin trading?

As Bitcoin moved from being an innovative way to pay for things to a way to amass wealth its supporters argued that there was a fundamental basis for investing in the cryptocurrency. There will never be more than 21 million Bitcoin because of how its source code is programmed. Thus, the argument has gone that Bitcoin is a hedge against inflation as fiat currencies like the dollar, yen, euro, and British pound gradually devalue over the years. Furthermore Bitcoin promoters have argued that Bitcoin is a safe haven when the world economy goes to hell and chaos and war threaten social stability. Unfortunately, as inflation has hit it highest in forty years and war rages in Ukraine Bitcoin has lost two-thirds of its value and has generally followed the Nasdaq stock market index down. As the US Federal Reserve has raised interest rates and driven the dollar up against other currencies Bitcoin has bottomed out. A whole raft of fundamentals have driven Bitcoin down. So, is it time to watch fundamentals again or look for a new, lower, Bitcoin price plateau?

As noted by Coinbase, the opening of potential new trendline is a bullish indicator for those who trade Bitcoin on a day by day basis. For those who buy and sell Bitcoin on a weekly or monthly basis the falling 200-day moving average is a warning sign. In technical trading the belief is that the market has all of the information possible to make the most accurate price decisions. Thus, a true technical trader does not concern themself with outside factors but rather follows recent market action as their guide to what the future will hold. The signals for technical traders are mixed because one indicator predicts at least a short term uptrend while another indicates that the price of Bitcoin will fall. What is a Bitcoin investor supposed to do? What is going to happen in the real world that will be the next fundamental driver of Bitcoin price?

What and Who Are Driving the Price of Bitcoin?

The Bitcoin market attracted as many as 46 million Americans, the vast majority of whom own less than one Bitcoin. About 2% of Bitcoin owners have one Bitcoin or more. However, there are a handful of people (Bitcoin addresses) that hold billions of dollars in Bitcoin value. These are the folks who promote Bitcoin and worry the most about its decline. The fact that Bitcoin has tracked along with the Nasdaq tells us that many simply use it as an investing tool without regard to fundamentals. Those folks have been hurt by the fact that fundamental factors in the real world to have an effect on cryptocurrencies whose only fundamental values over the long term will relate to their use in the real worlds of the Metaverse, NFTs, or decentralized finance. In the real world, Russia is unlikely to withdraw from Ukraine so that war will drag on along with sanctions on Russia, high oil prices, recession in Europe and food shortages across Asia and Africa. Inflation has eased a bit in the USA but the US Federal Reserve is likely to keep raising interest rates which will make the dollar stronger against all other currencies and against Bitcoin as well.

Tags: technical indicators or fundamentals for bitcoin trading, what and who are driving the price of bitcoin, what technical signs indicate
Previous Post 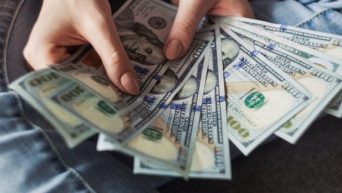 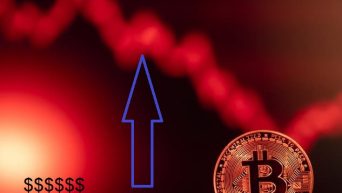 Bitcoin As a Hedge Against a Falling Dollar