Because the US government routinely runs a deficit it needs to borrow money to finance its obligations. It does this by selling securities, US Treasury bonds, bills, and other securities. On one hand Congress passes a budget and the President signs it which defines roughly what the government plans to spend. Then there is income from taxes which has not offset spending since 2001, the last year the US Government ran at a surplus. Because of recurrent budget deficits the US Treasury (which sells securities) needs permission to borrow as the debt limit is a set number. In 2023 that debt limit will soon be passed, and Congress will need to raise the legal debt ceiling or risk having the United States of America go into default on its debts. At Profitable Investing Tips we are concerned about investment risks of a debt ceiling crisis which is currently brewing.

What Happens if the USA Defaults on Its Debt Obligations?

The New York Times writes about potential debt default and its consequences. Meanwhile, Treasury Secretary Janet Yellen testified before Congress that by January 19, 2023 the US will pass the debt ceiling and special measures will be needed to keep paying bills. When these “special measures” run out it is called the “x date” which will be somewhere in mid-summer. The effects on the economy and financial markets of the richest country in the world defaulting on its debts could be catastrophic. During the Obama administration in 2011 the debt limit was almost reached and the stock market fell while volatility peaked. Even after an agreement was reached it took six months for the stock market to recover. That was when Standard and Poor’s downgraded US debt for the first time ever saying it was because of the inability of the two parties to come together and govern competently. If the US were to default it would result in significantly higher interest rates for the US to borrow going forward.

How to Invest for a Debt Ceiling Crisis

Forbes considers how to invest for a debt ceiling debacle and agrees with the likes of Kiplinger that a true default is unlikely because of the dire consequences. The problem today as we see it is the leverage that a small group of far right members have on the Republican majority in the House of Representatives. These folks basically got elected to “burn everything down” and do not see a downside to economic catastrophe. When we look back at the market during the 2011 debt crisis the S&P 500 fell for six months, and defense stocks (dependent on government spending) fell for six months but Coca Cola did not budge nor did Procter & Gamble. Duke Energy went up while Microsoft pretty much traded sideways.

The Congress That Cried Wolf and the Debt Ceiling Crisis

The stock market has already been weakened by inflation and Fed rate hikes. One could make the argument that there is not much farther for the market to fall. We would think this to be a bad bet. When we scan the various opinions about the potential default on US debt, we see that Congress has upped the debt ceiling dozens of times over the years. We have had close calls like in 2011 and during the Clinton administration but adults in Congress have always, finally, prevailed and raised the debt ceiling. An important part of this to consider is that about 97% of US debt is money that has already been spent so this fight has nothing to do with lowering spending going forward but simply not paying what we already owe. We believe that investors (and all of the pundits) have been lured into a false sense of security because those who “cried wolf” about debt default have always been proven wrong in the end. In the end when staunch fiscal conservatives with no political downside (for them) to their actions play the game of chicken a bit too far and too long credit markets could freeze up, business grind to a halt, and the markets fall worse than in 2008. At such a time people will still turn on the electric lights (Duke Energy), drink Coca Cola, and buy dish soap (Procter & Gamble) but Raytheon and General Dynamics and the broader market might just shut their doors and watch losses mount for months. Years ago, we wrote about investing in beer as folks enjoy their brew in good times and use it to drown their sorrows during bad. Now we just have to wait to see if the adults show up (as they generally have) and make sure that the USA pays its debts. 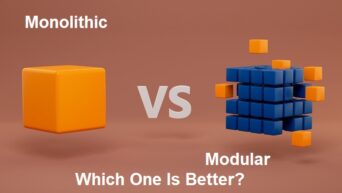 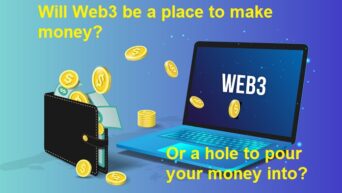 Will Investments in Web3 Be Safe?