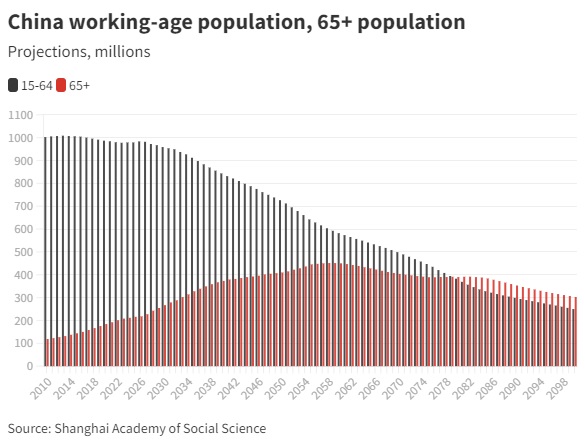 The most populous nation on earth announced a population decrease over the last year. China has 1.4 billion people. Thus, one might ask just what difference does it make if China’s growth levels off or even falls a bit? The issues for China and the investment implications of a shrinking Chinese population have to do with the demographic mix of people within that 1.4 billion population. China is getting older, just like the EU, USA, Japan and many other nations. This means older folks who need support and fewer young workers to do the work, pay the taxes, and keep the economy going.

The New York Times wrote about why China losing people could be a cause for alarm. You can break the issue down into what it will do to China, what it will do to the rest of the world, and the investing implications of a shrinking Chinese population. China’s ascent to being the manufacturing hub of the world was initially fueled by a huge population working for very low wages. As China’s economy has grown and matured there are many well-paying jobs and will be fewer young workers to take on the low-paying jobs that made China so competitive. Chinese companies are now outsourcing some of their factories to countries like Vietnam and Mexico where wages are lower. And everyone is going to be paying more for products manufactured in China as their pool of young workers shrinks.

Less Investment in a Chinese Economy with a Shrinking Population

Paul Krugman, also in The New York Times looked at the same issue of problems with China’s population drop. He notes that, considering that Chinese data is often suspect, that China’s population may have been falling for years. He notes that in China as in the USA and pretty much everywhere else younger workers support older retirees either directly or by paying taxes into programs that make payments and provide benefits. China is going to have the same problem as in the US with people living longer and the younger workforce shrinking. Meanwhile, fewer people will mean fewer consumers buying products which will reduce markets for both Chinese companies and foreign companies like Apple and Tesla that sell in China. A somewhat hidden but potentially worse issue for China is that with a smaller working age population there will be fewer factories, fewer new apartment buildings, fewer office buildings and less investment across the board. This sort of situation leads to a slowly accelerating economic decline much like seen in Japan over the last three decades.

What Does a Shrinking China Mean for Investors?

Many have benefited greatly from investing in China and others have been burned due to the lack of transparency involved in investing in China. Those who have prospered have benefitting from an economy that grew at 10% or more year over year for more than 40 years. This rising tide tended to raise all ships and now that growth has fallen off. Some of the blame certainly has to do with Covid and China’s ill-advised, zero tolerance, lockdown policies. But what has been creeping up on the Chinese economy is a steady population imbalance of fewer young workers and more and more older retirees. Krugman is most likely right about China seeing less investment going forward and what investment there will be may well focus on their attempts to control crucial aspects of technology, drive their space program, and continue to expand and modernize their military. These later investment opportunities are not going to be available to folks who generally buy stocks on the Nasdaq or NYSE.

Does the Prospect of a Weaker Economy Make China Dangerous?

Western military experts have projected that China’s military might versus the West and especially the US will peak within the next five years. Their current leader for life, Xi Jinping, wants to conquer Taiwan and make it part of the Mainland Government again. There has been no letup in their air sorties challenging Taiwan’s air defenses. It does not take an excessively paranoid mindset for one to be concerned that Xi will act at his apogee of military power versus the US and not let the opportunity go by. As bad as the Russian invasion of Ukraine has upset the investment world, an outright conflict over Taiwan would have far worse ramifications in the markets, supply chains, and in investments far and wide. The take home lesson is that China will gradually become less dominant in manufacturing and as a market for foreign products but not rapidly. There are risks of a military misadventure if China sees a weakness in support of Taiwan. The most important part for US investors is that China will bit by bit become less attractive as an investment choice. It does not mean that there will not be some excellent investment opportunities but that investors will need to apply thoughtful approaches like assessment of intrinsic stock value and insist on sufficient transparency so that they can make well-informed choices.

Tags: Does the Prospect of a Weaker Economy Make China Dangerous, Fallout from Slowing Population Growth in China, Less Investment in a Chinese Economy with a Shrinking Population, What Does a Shrinking China Mean for Investors
Previous Post 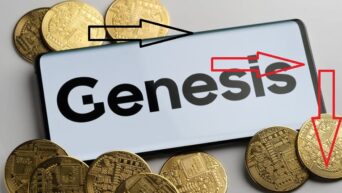 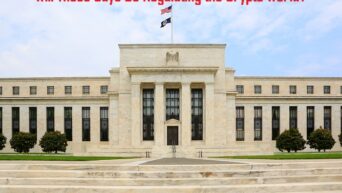