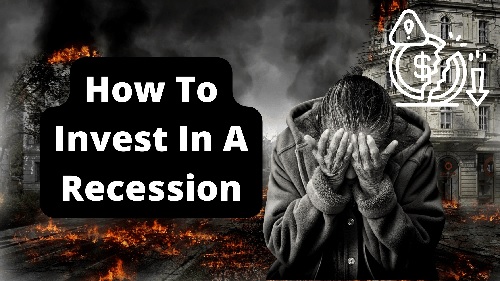 Investing for a Recession

The Fed is raising interest rates in an attempt to tame the highest inflation in forty years. More often than not, significant interest rate hikes result in a significantly slowed economy and a recession. After the Fed increased rates by 0.5% in May inflation measured by the CPI went up 8.6% year on year. Thus, the Fed increased the increase to 0.75% after its June FOMC meeting. Will this level of increases month by month do the trick or will they have to go the Paul Volcker route of forty years ago with a multi-point rate increase? When the Fed did that it caused a recession and employment numbers did not come back for seven years. Chairman Powell noted that the Fed can only deal with monetary issues and not with the supply chain disruption caused by Russia’s war in Ukraine and China’s recurring lockdowns. Thus, investors ought to be investing for a recession instead of a continued era of low rates and easy money.

The economy had been recovering from the Covid-19 pandemic. Unfortunately, the large pent up demand in the USA was answered by supply chain glitches. These were further complicated by lockdowns in China, war in Ukraine and significantly higher prices for oil, natural gas, fertilizers, wheat, corn, and many strategic minerals. None of this upset the markets so much as the prospect of higher interest rates causing a recession. Stock prices eventually end up being determined by fundamentals. But, day by day prices are determined by market sentiment and what investors and traders think will happen. Right now, because the market anticipates recession in response to higher rates it is driving stocks into bear market territory and even lower.

Stocks That Will Be Hurt During a Recession

During a recession people may not want to buy a car, new TV set, or fancy new iPhone. They do, however, keep buying laundry soap, shampoo, food, medicine, and beer. What consumers do is adjust their spending habits to spend less. Kenzie Academy looks at winners and losers during a recession. The retail sector is commonly hurt when consumers cut back on and adjust spending. Low-end retailers like Walmart are typically hurt less than high end retailers. As discretionary spending tightens, people stop eating out and restaurant chains are hurt. Fast food franchises are hurt less than high-end restaurants. As people travel less, airlines, rental car companies and hotels get hurt. Many of these are still hurting from the pandemic. Tech companies not only survived the Covid Crash but prospered. This time around there is no “free money” from the Fed propping things up. Thus, overpriced stocks in the tech sector will likely fall until their stock prices match their fundamentals which helps explain why the Nasdaq has fallen more than 32% year to date as of June 16, 2022.Stocks That Will Do Well During a Recession

Normally when there is a recession people and businesses drive less, turn down their thermostats, and generally consume less energy. Thus, oil and natural gas stocks go down during a recession. This time around one of the causes of the recession will be the scarcity of oil and natural gas on world markets due to fallout from the war in Ukraine. Thus, Exxon Mobil is up around 50% year to date. This stock could fall a bit as the economy slows significantly but not so much as would usually happen as the Ukraine war will prop it up. Once there is no more war in Ukraine the economy will start to recover, interest rates will go down, and that will help keep energy prices up. The S&P health sector is down nearly 15% year to date but can be expected to stand up better than other sectors as the economy slows. Individual stocks in biotech could do exceptionally well if they come up with new medications, vaccines, and other treatments for major diseases.

What Is Your Investment Time Frame?

If a person had purchased an ETF that tracks the S&P 500 on October 12, 2007 for $1561 that would have been at the market peak before the crash that ushered in the Great Recession. The S&P 500 subsequently fell to 756 in February of 2010. However, anyone who held their investment until today would see the S&P 500 at 3683 despite a fall of 1000 points since the start of the year. The point is that recessions come and go but the American economy keeps producing value for investors who stay the course. It certainly would have been a better investment to buy at the market low of 756 and sell at the market high at the beginning of 2022. However, market timing is never perfect for anyone. What has proven to work over the years is an assessment of intrinsic value in determining which stocks to buy, hold, or sell. If you have a long term investment time frame investing for a recession involves waiting as stocks fall in price and then buying stocks with strong intrinsic value at bargain prices with the intention of holding them for years.

Investing for a Recession – SlideShare Version

Investing for a Recession – DOC

Investing for a Recession – PDF 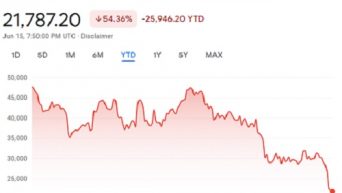 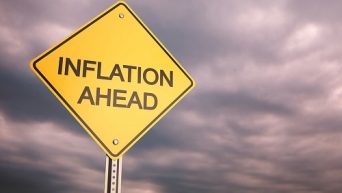 How to Protect Your Crypto From Inflation