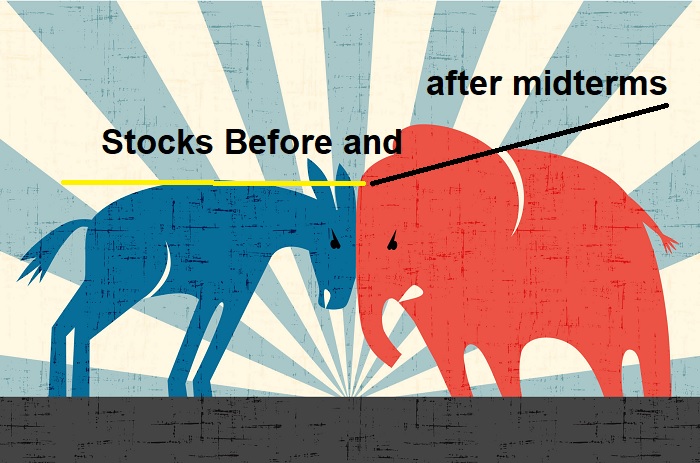 How Midterm Elections Could Affect Your Investments

Midterm elections are upon us and the nation will be voting for every seat in the House of Representative, a third of the seats in the Senate, and numerous governors, attorney generals, and the like. It is time to consider how midterm elections could affect your investments. Voters are thinking about the economy and raging inflation as well as issues like abortion laws. What changes could occur in state and federal governments and should you make any investment changes in preparation?

Who Is in Power Now and Who Will Be in Power Next Year?

After the 2020 presidential election year the Democrats retook the White House, gained a tie in the Senate and held the House of Representatives by eight seats. With Vice President Harris to break ties the Democrats can win all simple votes in the Senate although they do not have enough to break a filibuster (two-thirds). Polls indicate that the Republicans may retake the Houses of Representatives but the Senate majority is still up for grabs. The presidency is still in the Democratic column at least through 2024.

What History Tells Us about Midterm Elections

Since World War II the president’s party has lost on average, twelve seats in the House and one or two in the Senate in the first midterm election. Biden’s approval ratings are low which is predictive of losing on average 36 seats in the House of Representatives. Support for Democrats has fallen as inflation has worsened. However, the abortion issue may be a wild card for some voters.

How Could the Election Outcome Affect Legislation?

JPMorgan looked at this issue and offered their opinion as to likely legislative changes. Areas to consider include tax policy, fiscal policy, and the broader legislative agenda through the end of Biden’s current term such as further infrastructure spending or regulation of cryptocurrencies. How midterm elections could affect your investing will depend on which one of three outcomes occur.

Many Americans are secretly happy when control of Congress is split between the two major parties. Legislation generally falls in the political middle of the road with not dramatic changes. This “checks and balances” result would likely prevent legislation aimed at higher individual or corporate taxes as well as major or dramatic fiscal rescue packages should the nation fall into a severe recession.

Republican Control of Both House and Senate

Republican majorities in both houses of Congress would be a death knell for Democratic agenda items like tech company legislation, any tax increases, regulations on fossil fuels, or climate-related legislation. Movement toward any sort of Medicare for All would grind to a halt and, with sufficiently strong majorities Obama Care could be in jeopardy. However, Republicans would need to have two-thirds majorities in both houses of Congress to successfully override a presidential veto.

Democrats Retain Control of Both Houses of Congress

This is the least likely outcome and will happen only if there is a sea change of opinion based on the recent Supreme Court decision on abortion or the adamant stances of those candidates who still claim that the 2020 election was stolen. If this unlikely case occurs, we can expect to see a push for higher taxes, more business regulation, and more scrutiny of big tech. This situation would, in fact, be the most disruptive for the markets with one exception.

Should the Republicans retake the House of Representative they will surely disband the committee investigating the January 6 attack on Congress. We frankly expect them to impeach President Biden as well as the Attorney General and anyone else investigating Trump. In the unlikely event that the Republicans could get a two-thirds Senate majority we would not be surprised to see Biden and then Harris removed from office to be replaced by Kevin McCarthy! This sort of chaos could be the most destabilizing for the nation and totally sidetrack Congress and the President from dealing with issues of national and international importance.

When all is said and done midterm elections do not tend to have huge effects on the markets. Because markets do not like uncertainty, the S&P 500 tends to edge up once the results of the election are known. This time around it would appear that inflation, a likely recession, continued war in Ukraine, and a worsening Cold War with China will have greater effects on the economy and the market than a pivot to a split of Congressional and Presidential power.

How Midterm Elections Could Affect Your Investments – SlideShare Version

How Midterm Elections Could Affect Your Investments – DOC

How Midterm Elections Could Affect Your Investments – PDF 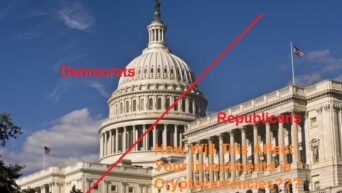 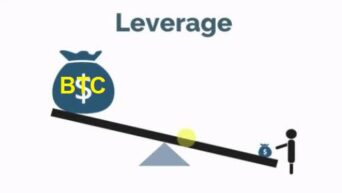