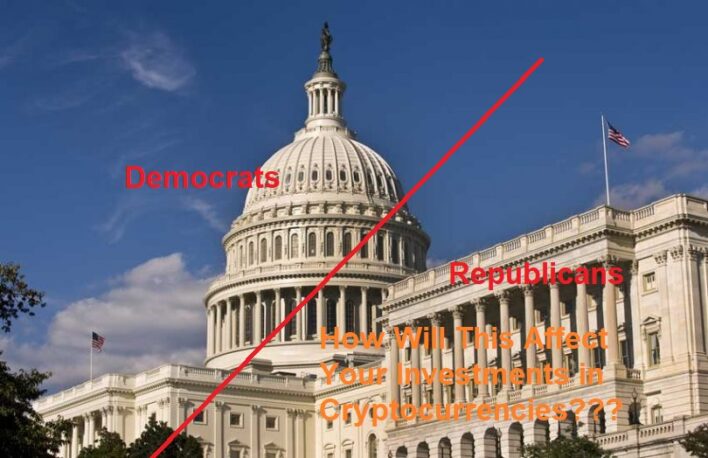 When political power is divided between Republicans and Democrats, like when one party controls the presidency and the other controls one or both houses of Congress, there is typically no dramatic legislation. In this regard we are thinking about divided government and crypto regulation. In March of 2022 President Biden issued an executive order regarding the future of US money and payment systems. This order directed Federal agencies to come up with regulations that will affect digital currencies both private and Federal. That process is moving forward at the same time that a crypto regulation fight began in Congress. With a divided government over at least the next two years what will come of crypto regulation and how will that affect crypto investments?

Crypto and the Balance and Unbalancing of Political Power

The first two years of President Biden’s presidency featured a small Democratic majority in the House of Representatives and Senate tied with equal numbers of both Democrats and Republicans. But since the President of the Senate is Vice President Harris, Democrats were able to pass numerous pieces of legislation when the filibuster did not apply. These situations fall under the Congressional Budget and Impoundment Control Act of 1974 (budget reconciliation), Congressional Review Act and the War Powers Resolution. A split between control of the White House and one or both houses of Congress will likely cause pretty much all Democratic initiatives to grind to a halt.

Bloomberg writes about consequences for crypto in the midterm elections. Turf battles have emerged that have stalled legislation that would have settled jurisdictional issues and established “guard rails” for stablecoins. This happened with one party in control of the White House as well as the House and the Senate. As 2023 approaches the crypto world is pleased at the prospect of Republican control of at least one house of Congress as the GOP includes some of the strongest crypto supports in Congress. Legislation favoring crypto is likely as well as pressure exerted on agencies like the Securities and Exchange Commission to let up on any aggressive action against crypto companies. For that matter will celebrities who illegally promote cryptocurrencies be prosecuted as they have been under the Biden administration?

Should You Care about Divided Government and Crypto Regulation?

If you do not own or have an investment in a company involved in decentralized finance, the metaverse, NFTs, or crypto token mining, do you care about regulations in the crypto world? You probably should because things like the high frequency of Bitcoin wash trading, celebrity promotions as part of pump and dump schemes, or algorithmic stable coins that are just as likely to go bust are all risk factors for investors as well as traders. Unfortunately, crypto investors are not likely to be or have lobbyists working the halls of Congress to do their bidding but crypto companies and trade associations are likely to and to be able to affect legislation.

Will a Divided Government Help or Hurt Crypto Prices?

Although regulations or the lack of them will have direct effects on crypto companies, they will probably not have all that much effect on crypto prices. For years the mantra in the crypto world was that Bitcoin and the rest were safe havens in times of social, political, and financial chaos. They were safe haven assets in times of inflation. And they operated independently from the traditional system of finance. However, inflation is raging, and Bitcoin is down by two-thirds over the last year. Bitcoin has not been independent but has traded in lockstep with the Nasdaq. None of this is likely to get any better for cryptocurrencies until the economy is mended, inflation is under control and Mr. Putin pulls his troops out of Ukraine. All of that is likely to take years and will not be affected by whether or not the world of crypto currencies has more regulations or not. Opinions vary on this issue, but our belief is that any lobbying in Congress will have to do with profits of crypto companies and not with profits for crypto investors! 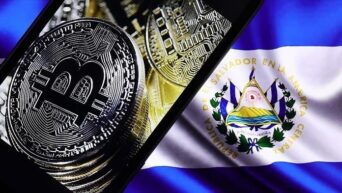 How Midterm Elections Could Affect Your Investments