The markets were surprised a few days ago when inflation numbers came in higher than expected. There is now concern that inflation may be accelerating instead of cooling off. This is despite the US Federal Reserve raising interest rates every month. Today’s inflation has four root causes. One is the fact that two presidents, Congress, and the Federal Reserve pumped money into the economy. The second is that the pandemic and its aftermath have damaged the global supply chain causing a supply and demand mismatch. The third is that during the pandemic people and businesses were not spending money causing pent up demand that is now tilting the demand side of the supply and demand equation. And then came Russia’s invasion of Ukraine and sanctions by the EU and US. The very real problem for the Federal Reserve is that they can drive down the economy and thus demand with higher interest rates but can do nothing about the supply chain or Putin’s war.

Why Are Markets Concerned About Higher Inflation?

The New York Times notes that the uptick in inflation has rattled markets and scared economists. Despite Putin’s war and a backlog of products out of Asia due to China’s covid policy, the US economy is humming. Employment is at a historic low and wages are up. So, folks are still spending. In fact, they may be spending in anticipation of higher prices in the future. Such inflation expectations will have an effect on your investing. It has become apparent that pressures on prices and wages are more strongly tied to the amount of money available for purchases than the shortages caused by the war in Ukraine and Covid in China. In order to put a cap on this high demand the Fed is likely to at least continue its monthly rate increases of 0.75% and quite possibly increase to 1% each month.

Fighting Inflation and Not Causing Unemployment

The Federal Reserve has a dual mandate. Their job is to keep inflation in check and to help maintain a high level of employment. If they work too hard on fixing one issue, they often end up causing problems with the other. In this regard the reason that the markets are concerned is that the Fed is likely to be more aggressive with interest rate hikes in order to keep inflation from going higher. The very real risk is that they will drive the economy down and unemployment up with a recession as the result. The last time inflation was as high as today was forty years ago when the Fed jacked up rates as high as 20% and succeeded in stopping inflation but also caused a recession and seven years of increased unemployment.

Higher Cost of Borrowing and Your Investments

The stock market has had a tough year as investors have worried about the Fed raising interest rates, making it more expensive to borrow, and driving the economy downward. So far demand has been so hot that the interest rate increases we have seen so far have not done the job of bringing inflation down to the Fed’s 2% target. The concern is how high rates need to go to slow spending and how high they can go without causing widespread unemployment. In this environment economists are worried that the Fed will be forced to speed up their rate increases to the point where they will overshoot and bring on both a recession and a market crash. Here is where your investments come into the picture.

Will The Fed Emulate Paul Volcker and Raise Rates to 20%?

The problem back at the end of the 1970s was that inflation expectations became baked in. As a practical matter a person who expected to plant a garden in the spring purchased their tools, seeds, and fertilizer in the fall in order to avoid paying twenty percent more for the same purchases in the spring. This consumer behavior was repeated across the spectrum and made inflationary increases a self-fulfilling prophecy. It took the Fed’s 20% increase to break the cycle. The housing market has cooled off which tells us that, unlike the 1970s, not all markets have inflation expectations baked in at this point. Our bet is that the Fed is not at a point yet where a rate increase to 20% is likely. However, we would not be surprised by successive 1% increases so long as employment does not suffer. This is not a good time to be betting on risky stocks but rather those that prosper in good times and bad and pay dividends year after year.

Tags: Fighting Inflation and Not Causing Unemployment, Higher Cost of Borrowing and Your Investments, Why Are Markets Concerned About Higher Inflation, Will The Fed Emulate Paul Volcker and Raise Rates to 20%
Previous Post 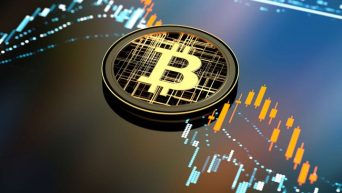 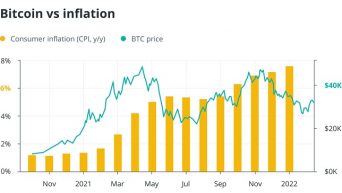