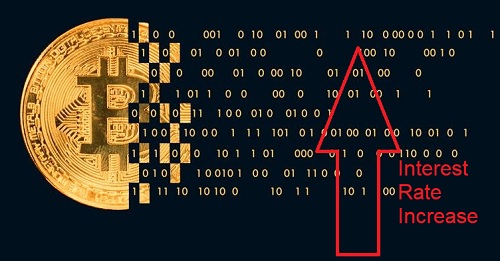 The US Federal Reserve increased interest rates by half a percent in May. The minutes from their May Open Market Committee meeting indicate a strong sentiment for at least three more half percent increases in the coming months. What will be the effects of Fed rate increases on cryptocurrencies? The May increase drove stock prices and crypto prices down significantly. Will this trend continue as the Fed works at taming inflation with higher interest rates and cutting back their balance sheet?

Interest Rate Increases and the Commodity and Crypto Markets

Bankrate looks at how interest rate increases will affect crypto and other markets. Protectionism, the war in Ukraine, and lockdowns in China have driven many commodity prices up. Meanwhile, Bitcoin, which was supposed to be a hedge against inflation and a store of value has fallen like a rock. Bitcoin’s fall started after its peak in November of 2021 but it has largely paralleled the Nasdaq in its ups and down as the market crashed. The Bankrate authors note that cryptocurrencies are acting like other risk-on assets in the current environment, falling as the Fed cuts back on their balance sheet and promises consecutive monthly rate increases. The interest rate will keep going up so long as the Fed needs to fight inflation. It would appear that the cryptocurrencies will follow the market down as rates go up. How long will that take and what will happen to crypto when inflation is in check?

The tools that the Federal Reserve uses to fight inflation work when there is too much money in the economy. Higher interest rates drive up the cost of doing business and reduction of the Fed balance sheet reduces available capital. The price of wheat is up because one the major exporters, Ukraine, is going to produce less and perhaps not export any wheat this year due to the war. Computer chips are scarce because Covid is still playing havoc with the global supply chain. These problems will not get better because the Fed raises rates. But the rate increases will slow the economy, make money scarcer, and drive the market lower. The dynamics that have driven Bitcoin and others downward will likely continue so long as the Fed is compelled to raise rates.

What Is the Future of Crypto?

During the era of low interest rates following the Financial Crisis one only needed to put money into an ETF that tracked the S&P 500 to be a successful investor. If you bought stock in Facebook, Netflix, Amazon.com, Apple, or Alphabet you were a genius. That is, you were a genius until this year when all of the FAANG tech darlings have gone down and Netflix lost 35% of its value in one day in April as noted by Bloomberg. From November of 2021 to May of 2022 Bitcoin lost nearly 60% of its value. For those investors and traders who became accustomed to putting money into tried and true Bitcoin, Netflix, Amazon, etc. it has been a terrible shock to realize that there is more to picking investments than following the herd. The problem with Bitcoin is that it has a very low price when one bases its value on fundamentals. It does not pay dividends or interest. NFTs and DeFi are two niches where Bitcoin and others will still have value. What that value will be remains to be seen. What also remains to be seen is if Bitcoin and other cryptocurrencies will have any speculative value should the current economic situation settle into a long term recession with a wholesale flight to safe haven assets in the markets and currencies.

Tags: interest rate increases and the commodity and crypto markets, supply side inflation, usd btc, what is the future of crypto
Previous Post

Progress Toward a Workable Metaverse 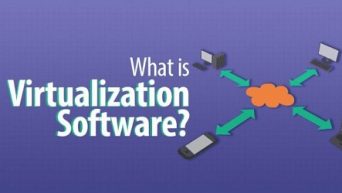 Why Does Broadcom Want VMware?