While cryptocurrencies are having a tough time of it, investors need to remember that blockchain’s future is not totally dependent on the prices of Bitcoin and others. Blockchain is a technology. It first came to light as the basis for how cryptocurrencies work but it is developing uses in realms such as health care, intellectual property, cybersecurity, and banking. As an evolving new technology, the real life roles of the blockchain are being redefined daily. To understand blockchain’s future it is useful to start by knowing how blockchain works.

Investment Guide to How Blockchain Works

A blockchain is a database. However, unlike a typical database stored on a company’s main computer, a blockchain is decentralized. York Solutions describes how a blockchain is a distributed ledger which is accessible to many users and stored in various physical locations. A blockchain uses cryptography for logging in and out, processing, verifying information. A unique feature of the blockchain is that it makes all information in the database secure and transparent. Once data is entered into a blockchain it cannot be deleted or modified. Any changes to the collection of data are made as add-ons or corrections but all old data and transactions are always available.

Blockchains come in two varieties. The first is one that anyone can join and the other is a “permissioned” blockchain that only allows those whom the current users or managers allow in. Some of these are private and some are community networks. Clearly, Bitcoin, Google, VISA, Deloitte, and Goldman Sachs blockchains are permissioned.

How Are Businesses Using Blockchain Technology?

Aside from the cryptocurrency business, there are many emerging uses for blockchain technology. For example, Spotify uses the blockchain to manage copyrights. IBM has developed a system for tracking inventory across shipping companies and retail chains. Eastman Kodak uses it to store stock photos. Surveys of tech professionals indicate that one of the most promising uses of blockchain technology will be to prevent data tampering as the blockchain keeps every bit of data.

The Shape of Blockchain in the Business World

The general consensus among experts is that blockchain effects on the business world will be partial. In the coming years only about one in ten businesses will find a significant use for blockchain technology to the extent that it will bring about a meaningful change in their business operations or profits. That having been said, there will likely be at least one business that sees blockchain resulting in cash flow of $10 billion or more. By the end of the decade, the total value of blockchain business will likely surpass $3 trillion a year making it a significant part of business activity but not a dominant part.

As we noted in a previous article about blockchain, not all customers have been happy with attempts to introduce blockchain into their business operations. In the end blockchain is a database. Its day to day usefulness will depend on the skill of those who adapt the technology to specific uses. The old saying in the computer world, garbage in results in garbage out still applies. Blockchain is not now and will not be the answer to every problem in the business world in the future. When its strengths of data transparency and security meet the needs of a business it will find its home. 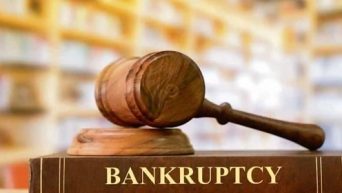 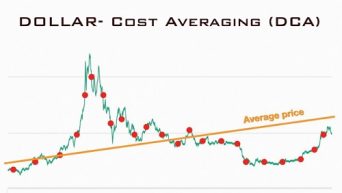 Beginning to Invest in a Bear Market