Is Amazon a Buy or a Sell?

Amazon is the company that grew from being an online bookseller to being one of the five top US tech giants with business segments in e-commerce, cloud computing, online advertising, digital streaming and artificial intelligence. It is the reason that many brick and mortar retail businesses have gone out of business. In the depths of the Covid crisis Amazon was hiring when virtually everyone else was laying off workers or having everyone work from home. Now Amazon has announced layoffs of as many as ten thousand employees as its stock price has plummeted over the last twelve months and it has the dubious distinction of being the only company ever to lose $1 trillion in market cap. At this point in time is Amazon a buy or a sell?

What Happened to Amazon?

Amazon has grown its revenue every year for more than twenty years. That growth was especially impressive when the world went into shutdown due to Covid-19 and Amazon became people’s lifeline for goods delivered to their door. The company’s stock price rose from the $90 to $100 range where it had settled for a couple of years to the $160 to $180 range at the height of the Covid crisis. Now a year later the stock is back trading at its pre-Covid range. Part of what has happened is that people are no longer confined to their homes and are not just shopping with Amazon. But on top of that inflation has hit its highest level in four decades and people are modifying their spending habits. If the expected 2023 recession comes to pass, we might expect those reduced spending habits to continue with further damage to Amazon’s stock price. All of this having been said, Amazon’s various business segments are still healthy.

What Is Amazon Doing?

Amazon’s ten thousand layoffs will include about 3% of its corporate workers but less than 1% of its 1.5 million workforce worldwide. Layoffs are primarily in its devices organization which includes the Alexa voice assistant but also in retailing and human resources. For years Amazon grew partly because Jeff Bezos routinely plowed profits back into investments in his business. Now it appears that many of Amazon’s business segments are not performing up to expectations and, in that light, are deemed to be overstaffed. Amazon is doing what the Federal Reserve wants businesses to do as it raises interest rates to stem inflation, reduce their workforce and, hopefully, cut their prices as well. Amazon, like other businesses, is finding the labor market to be more competitive than in previous years and needs to pay more with better benefits to bring new talent on board. Cutting “excess workers” is part of their approach to make all of this work. As noted in an article in The New York Times, other tech companies including Meta, Instagram, Lyft, Stripe, Snap, and many others are likewise cutting their workforces.

When a strong and growing company starts to reverse course and lay off workers it may be because the way they make money no longer works. This was certainly the case with Eastman Kodak when digital cameras killed the film business. However, Amazon still makes money in virtually all of their business segments. The problem seems to have been overreach in light of a looming recession and a post-covid adjustment of spending habits. Amazon doubled its workforce during the pandemic and now needs to cut back to make the number of workers match the tasks at hand and the cash flow coming in. Despite all of this, Amazon keeps making money with increased quarterly revenue going back decades and continuing into 2022 as noted in a graph from Macrotrends.

So, Is Amazon a Buy or a Sell?

Long term investors will apply the principle of intrinsic stock value to Amazon and likely come up with a long term buy as Amazon’s overall business model is likely to remain successful and will perhaps be more profitable as the company trims back on excess. They may apply a dollar cost averaging approach in order to avoid buying too many shares just before the stock dips a bit more before starting back up. For short term investors and swing traders it might be a different story. Part of Amazon’s challenge is cutting back on staff that is no longer needed in the current market. A problem in this regard is that if the recession is longer and deeper than expected Amazon will see sales decline as employee costs go up unless they cut some more. Amazon has grown impressively but is now a mature company prone to trading within a predictable range instead of a growth stock with no end in sight for how big it can be. Short term investors will be more interested in what the Fed says about raising interest rates than the longer-term prospects of Amazon. Thus Amazon, in our opinion, Amazon is a buy for the long-term crew and a hold or even sell for the folks who only deal with stocks in the short term.

Is Amazon a Buy or a Sell? – SlideShare Version 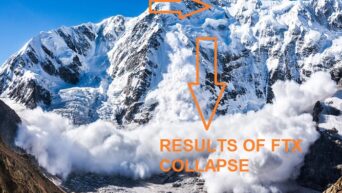