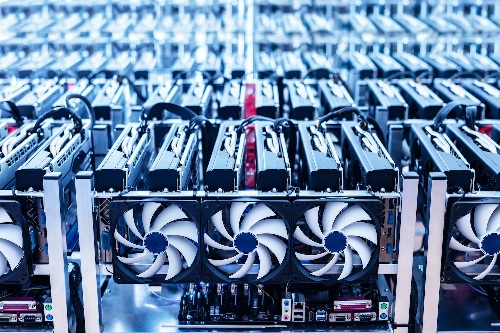 Will Bitcoin Miners Go Broke Next?

Bitcoin mining is commonly a highly leveraged business. Profit depends on keeping costs down and on a sufficiently high price for Bitcoin. The Bitcoin crash has not only hurt investors and speculators in the cryptocurrency but also the miners who are the only source of more Bitcoins. The question arises, will Bitcoin miners go broke next? What are the important factors to watch? Is there a critical price for Bitcoin at which mining will no longer be profitable for anyone?

As Bitcoin rose to new heights in the last few years Bitcoin miners were able to borrow money using their own stashes of Bitcoin as well as the computer hardware they use for mining. As Bitcoin boomed this was a sweetheart business almost like printing money. Bitcoin always seemed to go up and that made the business overhead of electricity, hardware, and other operations miniscule in comparison. This fact of doing business encouraged many operations to expand more and more. The total debt within the Bitcoin mining business is estimated to be around $4 billion. Some businesses kept part of their Bitcoin production and others simply reinvested in more hardware and electricity in order to mine more Bitcoin. Faster, bigger, more profitable was the mantra.

Bitcoin Mining Pivots from China to the USA

China cracked down on Bitcoin miners as noted by Fortune. A big part of the problem was that miners got energy from illegal coal production to mine their Bitcoin. There was also an issue of Chinese citizens using Bitcoin to move assets out of the country. Two-thirds of Bitcoin mining capacity disappeared and then showed up again in places like Kazakhstan and Texas with cheap electricity and loose regulation. Within a little more than a year mining capacity returned to what it was before the Chinese crackdown. Mining hardware made its way from China to new centers of production where purchases were fueled by loans using that hardware and stashed Bitcoins as collateral. “Mine now and pay later” was the rule of the day from startup financing specialists like Pipe.

At the beginning of 2022 Bitcoin promoters were saying that the next plateau for Bitcoin was $100,000 which it would hit by the end of the year. Now it would appear that the next Bitcoin price plateau is more likely to be $10,000 than $100,000. All of the Bitcoin miners who held their Bitcoin are now having to sell and a loss to the value when they mined it. This is the same issue as with using Bitcoin for loans in the DeFi space. You might be able to pay back a “cheap” dollar loan with booming Bitcoin or you might end up owing far more in Bitcoin that you expected for a dollar denominated loan! Miners like the Canadian company Bitfarms have sold half or more of their Bitcoin stash in order to cover debt service and operating costs. Some operations have simply shut down because they cannot pay their bills. Miners borrow to operate their businesses and not necessarily to speculate on Bitcoin but the plunge in crypto values has hurt them just the same.

The highest debt to equity ratio among publicly traded miners is Stronghold at 4.7. The next in line is Core Scientific at 2.1. These folks borrowed money at 10% interest rates and are stuck with debts denominated in dollars as their pool of Bitcoin assets dwindles in value and their capacity to make money becomes less and less. If Bitcoin continues to fall in value there will come a point at which even the most efficient miner will not make any money. Companies with older equipment do not mine as efficiently as those with new and companies with cheap electricity are more profitable than those with higher prices per kilowatt hour. The Russian war in Ukraine and its fallout has raised the cost of electricity making Bitcoin another casualty of Putin’s aggression. 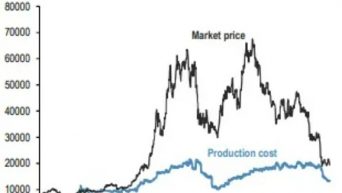 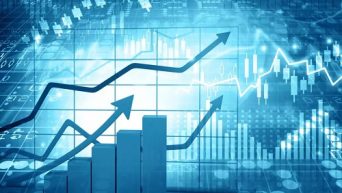 Stocks with Upside Potential in a Down Market