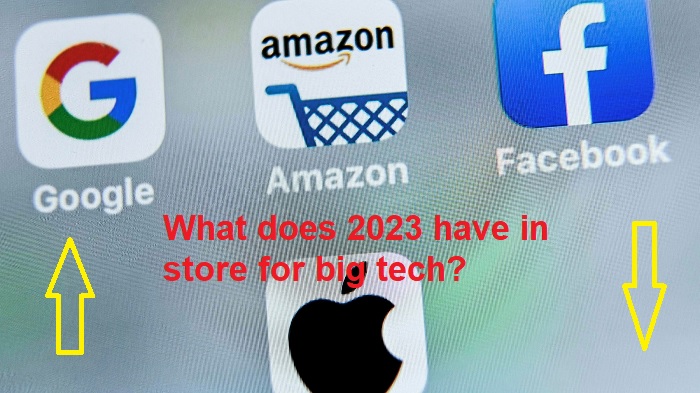 The best place to be in stocks over the last decade or so and, especially, in 2020 and 2021 was big tech. The FAANG darlings led the way in profits and stock price appreciation for years and if one added Microsoft and then Tesla to the mix, one saw stock price appreciation that was the stuff of investment dreams. Then came inflation, Fed rate increases, war in Ukraine, and both consumers and businesses starting to pinch pennies. The bottom fell out of the big tech sector this year and Amazon.com made history as the first company to lose $1 trillion in market cap. The mix of Microsoft, Apple, Amazon, Tesla and Alphabet lost $3.4 trillion in market cap during 2022. How much of their rise was based on low interest rates and an enthusiastic stock market? How much farther will they fall as the Fed pursues interest rate hikes to tame inflation? And will big tech make a comeback in 2023?

Over the 2010 to 2020 decade big tech stocks made money with steadily healthy financials making them attractive to folks who wanted to invest in stocks. With extremely low interest rates the most attractive place to invest was the stock market. When the world went into lockdown and then working from home during the Covid crisis, the tech sector boomed even as travel and hospitality kept falling. Computer chip shortages and the drive to bring critical industries back onshore in the USA made chip companies like Intel attractive again. Then, after dragging their feet a bit, the US Federal Reserve started to raise interest rates in response to the highest inflation in forty years. As folks started investing for a recession, they pivoted to consumer stocks and the like as demand for high tech products and services fell off.

When Will Demand for Tech Products and Services Rise Again?

When the US Federal Reserve increases interest rates the end result is to slow the business cycle and increase unemployment. However, the effects are not immediate. There is commonly a delay of months before the effects are felt. This is one of the reasons for concern about not only a recession but a severe one whenever the Fed raises rates. At the point that the economy starts showing signs of rate hikes working, there may be enough of an effect in the works that the economy will keep heading down past the point needed to control inflation. The famous 1979 Volcker rate hike that finally knocked out the inflation of the 1970s caused a recession and employment did not fully recover until seven years later.

Big Tech and the Still-slowing Economy

The point is that prices have gone up faster than income for the vast majority of people and the majority of companies. The obvious response is to cut costs. One of the first things to go for most people and companies is spending on high tech appliances, software, and the like. When a company needs to make basic payroll and a family needs to put food on the table, purchase of the next generation of computers, smartphones, or business software are delayed indefinitely. That is a big chunk of what ails big tech right now. Of course you need to add Elon Musk’s irrational fling with Twitter when Tesla needs attention and the fact that billions in spending to ramp up US computer chip capacity will take years to reap profits.

When the Fed Pivots on Interest Rates How Soon Will the Economy Revive?

The US economy is like an oil tanker steaming along in the ocean or a two mile long freight train going full tilt across the Great Plains. Neither can be stopped very fast nor restarted rapidly. When the Fed finally says that inflation is where they want it to be they will stop raising rates or even lower them. Then businesses and families will think about increasing their spending but will not actually do so until they see business demand pick up and paychecks arriving on a regular basis. That could take months and, in the case of US big tech, stock prices could take a year to revive.

Two factors were important in driving big tech prices higher and higher. The first was a decade of abnormally low interest rates. The second was a once-in-a-century pandemic that provided unique opportunities for tech companies. God willing, the pandemic will not reemerge and, most likely, the Fed is not going to lower rates to near-zero any time in the near future. Our opinion is that companies like Microsoft, Apple, Amazon, Google, and even Meta (Facebook) will come back partially when inflation is licked and the Fed eases up on rate increases. This will be because the economy is back on track. A company like Tesla may be a different matter because, unlike the others, Tesla has no lock on the electric vehicle market and will see increasing competition from the big automakers who will learn to produce competitive electric vehicles and cut into Tesla’s market share as the niche grows. The big investments in the chip sector are promising for America’s future but billions spent by Intel and the rest will not generate profits for years or maybe a decade.

What to Do After You Lose Money on an Investment

Not only has the stock market taken a hit over the previous year but so have cryptocurrencies with the collapse and bankruptcy of crypto exchanges like FTX. The key to deciding whether to stay in that investment or get out is the forward-looking earning potential of the company or other asset. This factor is commonly calculated as intrinsic value and has been a valuable guide to successful investors like Warren Buffett for decades. The big tech companies provide products and services with value and will likely continue to do so for decades to come. If you choose to leave these investment vehicles, you will need to think long and hard about what investment assets will outperform them from this point going forward.

Will Big Tech Make a Comeback in 2023? – SlideShare Version

Tags: Big Tech and the Still-slowing Economy, What Drove Big Tech Stocks So High, What to Do After You Lose Money on an Investment, When the Fed Pivots on Interest Rates How Soon Will the Economy Revive, When Will Demand for Tech Products and Services Rise Again, Will Big Tech Stock Prices Ever Fully Recover
Previous Post 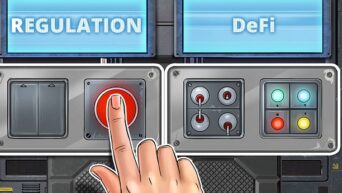 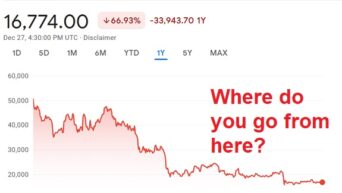