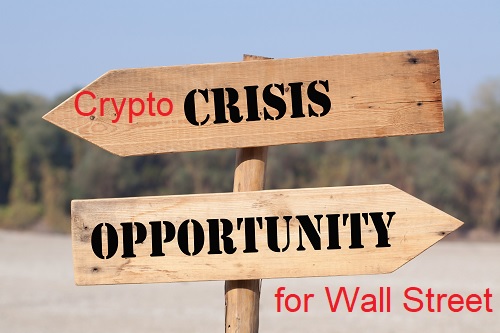 Why Wall Street Has Survived the Crypto Crash

The crash of crypto assets from November 2021 to July 2022 has been devastating for many new investors. Unlike during the 2008 Financial Crisis it has not been devastating for Wall Street. Why Wall Street has survived the crypto crash is based on two things. Financial regulations instituted after the Financial Crisis and Great Recession served to keep Wall Street firms out of riskier assets. And experienced investors in the world’s financial capital know that assets go up as well as down. They routinely position themselves to profit when a market falls as well as when it rises.

Investment Protection in a Frothy Market

The New York Times business section reports on a strategy devised by the Wall Street arm of the French bank BNP Paribas. Back in 2021 they looked at stocks with links to the crypto world and which they believed were overpriced. Because the 50 stocks they picked were “frothy” they called them the cappuccino basket. Using stock options and other investment tools this basket of stocks gave super-rich families, hedge funds, and pension funds a way to bet against crypto. As the crypto implosion proceeded, the super-rich became richer and new investors who had believed insider “predictions” that Bitcoin’s next stop was $100,000 were devastated.

Protecting Wall Street From Itself

In case you are thinking that the folks on Wall Street are all so much smarter than you are, that is really not the case nor has it ever been. In the 1920s the stock market soared up until the 1929 to 1932 market crash. During the 1920s one could buy stocks from a broker by putting 10% down and borrowing the rest. It is instructive to realize that when the market quit falling in mid-1932 90% of its equity was gone leaving the 10% in cash that investors had used to purchase stocks. In the wake of the crash and Great Depression laws were passed that made it illegal to buy stocks on credit. Then, in the first years of the 21st century regulations were loosened, the market soared, and then the stock market and real estate market crashed. It was the basket of new regulations in the wake of the Financial Crisis that saved Wall Street this time around. Banks and other companies that wanted to deal in cryptocurrencies were told by regulators that they needed to hold an equal amount of dollars on their balance sheets making such investments unprofitable. Likewise, actions in which banks collateralized trades in crypto currencies were disallowed. So, while some smart folks at a French bank found a way to profit as crypto collapsed, many Wall Street firms were protected from their own folly by regulations put into place after the 2008 Financial Crisis. Unfortunately, none of these regulations protected mom and pop crypto investors.

Bitcoin and other cryptocurrencies have been susceptible to pump and dump practices. In our article about who owns bitcoin we noted that 14% of all bitcoin can be tracked to 82 internet addresses. A fourth of that of 3.5% can be tracked to three addresses! There has been a barrage of advertising masquerading as professional advice. Last year Bitcoin as set to hit $100,000. Next, we are seeing discussions about needing crypto to partake in NFT, DeFi, and the Metaverse. The first is pure hype. The second is likely to be where crypto is going in the coming years. As we have noted, when choosing crypto investments, investors will be wise to look for fundamental value instead of speculative opportunities. Wall Street has learned to look at fundamental value of investments as well as market sentiment. And they use tools like options to not only protect themselves from market crashes while mom and pop investors commonly have no place to hide when an over-inflated market goes down.

Why Wall Street Has Survived the Crypto Crash – SlideShare Version

Why Wall Street Has Survived the Crypto Crash – DOC

Why Wall Street Has Survived the Crypto Crash – PDF 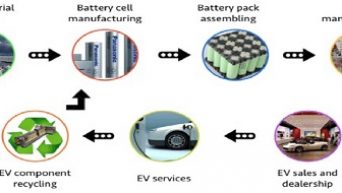 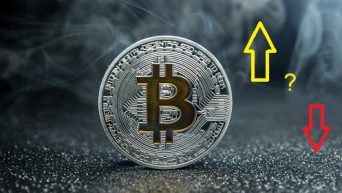 Will Bitcoin Bounce Back?