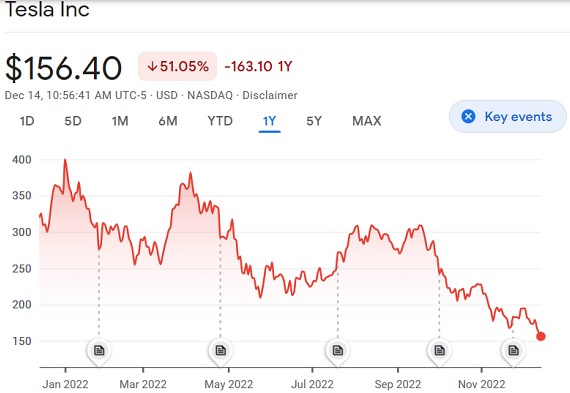 Is Tesla a Buy or a Sell?

Last month when Amazon.com made history as the first company to lose a trillion dollars in market cap we wondered if Amazon was now a buy or a sell. Now the same thought comes to mind in regard to Tesla. As noted in an article in Bloomberg, Tesla stock has never been so cheap when viewed from the perspective of its PE ratio and seems to have the potential to keep falling in value. Ever since the company went public in 2010 its shares have gone up and down but mostly up, based on investors’ belief that Tesla will dominate the electric vehicle niche long into the future. What is going on with Tesla and why and is Tesla a buy or a sell going into 2023?

Demand for Tesla vehicles in China has fallen off to the degree that they have had to cut back on production and lay off employees. Part of Tesla’s trouble also stems from Elon Musk’s takeover of Twitter which has even troubled NASA due to concern that he will devote less attention to running SpaceX. Not only does this adventure seem to be taking up an inordinate amount of his time, but Musk has also taken out margin loans that are backed by Tesla in order to help cover the expense of his $46.5 billion costs for taking over the social media company. Tesla’s appeal to investors has always been that it is the wave of the future and would eventually become immensely profitable and reward those who stuck with the stock. Although US car sales are up in 2022 for Tesla the prospect of a recession going into 2023 weighs on the stock and investor expectations. As with all investments, one needs to pay attention to intrinsic stock value and not just the “story.”

Who Is Minding the Store for Tesla?

A major concern for folks who have invested in Tesla expecting to have a comfortable retirement is not just that he wears too many hats. Musk runs The Boring Company, SpaceX, Tesla, and now Twitter. Up until the Twitter takeover nobody seemed to mind as Musk handed over management responsibilities for The Boring Company to Steve Davis and the vast majority of the equity in the company belongs to Musk. SpaceX is hugely successful and never has been considered a drag on Tesla. However, Musk seems to have an obsession with Twitter and its place in our public discourse. Much of Musk’s time seems to be taken up with online fights via social media and seat of the pants business decisions regarding Twitter which he then has to take back. For investors who have watched the Tesla stock fall from its November 2021 peak of $407 a share to today’s $158 a share, none of this is amusing.

What Does the Future Hold for Tesla?

The future of Tesla is first and foremost tied to the future of electric vehicles in America and across the world. Half a million electric vehicles were sold in the US in 2021 and by 2030 expectations are for four million. More than half of all electric vehicles sold in the US in 2021 were sold by Tesla. However, other major automakers are gearing up for more electric vehicle production. These include GM and Ford, BMW, Volkswagen, Nissan, Renault, Subaru, Isuzu, Toyota, and both NIO and BDY in China. Over the long term Tesla will need to outmanage, be more creative, and compete on price to maintain market share in a growing electric vehicle industry. Another factor is the tax credit that buyers get for purchasing an electric vehicle. Tesla has used up its share of credits even as credits are now available for used electric vehicles. This may give Tesla’s competitors a competitive edge in the near term. Going into 2023 Tesla still leads the pack and the factors to consider when buying, holding, or selling Tesla will be sales fundamentals and Musk’s obsession with Twitter. Over the longer term Tesla’s market share is sure to be diluted and management issues will be increasingly important. One hopes that over time Musk gives up his Twitter obsession and gets back to managing his profitable businesses.

Is Tesla a Buy or a Sell? – SlideShare Version

Tags: Sagging Tesla Fundamentals, What Does the Future Hold for Tesla, Who Is Minding the Store for Tesla
Previous Post 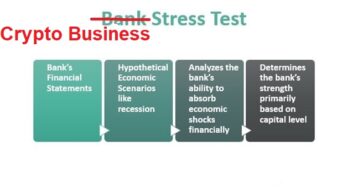 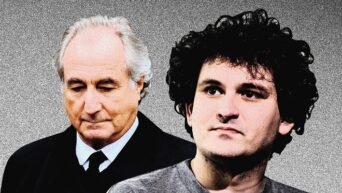