Inflation Expectations and Your Investing

As the Federal Reserve works to stem inflation, they have two tasks. One is to raise interest rates and reduce their balance sheet so that the economy slows and inflation comes under control. The other is to convince people that the economy will slow and inflation will come under control. The longer that people live with the highest levels of inflation in four decades the more likely it is that inflation expectations will become ingrained. We are concerned about inflation expectations and your investing.

Bloomberg reports on how Powell and the Fed have adopted a hawkish view of successive jumbo interest rate hikes. At the Jackson Hole Symposium and again speaking at the Cato Institute monetary policy conference Powell has emphasized the intent of the Federal Reserve to raise interest rates significantly month after month until inflation eases back toward their target 2% level. This being the case, investors need to consider how successively higher interest rates will affect their investments. The value of a bond falls as interest rates rise. Stock prices typically fall as well when higher interest rates increase the cost of doing business. Investopedia discusses how higher interest rates affect stocks. The financial sector tends to prosper as rates go up but everyone else sees their stock prices fall. Companies with high debt burdens do more poorly than those with money in the bank. As higher rates lead to lower rates of employment, consumer goods stocks suffer as people start reining in their spending.

Is an Economic Soft Landing Possible?

The goal of the Fed is to bring inflation down without throwing people out of work and driving businesses into bankruptcy. This would be an economic soft landing. Unfortunately, over the years the Fed has more often than not caused unemployment and recessions when it has raised rates sufficiently to drive wages and prices down to the levels that it wanted. Four decades ago, the Fed under Paul Volcker raised rates spectacularly in order to beat back the double-digit inflation that emerged in the 1970s. they were successful, but the price was a recession and seven years of reduced employment. The Federal Reserve today is trying a measured approach of half and three-quarter percent interest rate hikes every month and avoiding the sort of multi-point hikes used under Volcker. It remains to be seen if they will succeed.

Where to Invest As Interest Rates Rise

Banks make more money when interest rates are higher. Thus, US News suggests the following financial stocks as investments as the Fed fights inflation and will likely leave us with higher rates for the foreseeable future.

As interest rates rise one can expect that banks like Bank of America will make more money and that their stock prices will go up. However, the expected price increase has not happened yet. In fact, Bank of America started the year at $46.18 a share and trades for $34.59 in the second week of September. An alternative approach would be to anticipate an economic downturn and then wait for the market to decline before using an intrinsic stock value approach to pick up bargains on value and dividend stocks for the long term.

Inflation Expectations and Your Investing – DOC

Inflation Expectations and Your Investing – PDF 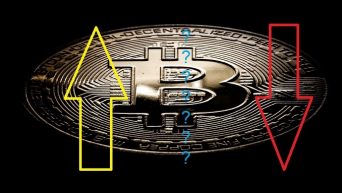 Is Bitcoin Set for a Comeback? 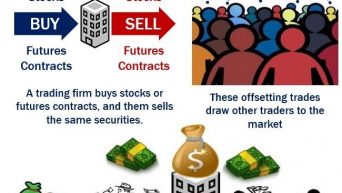