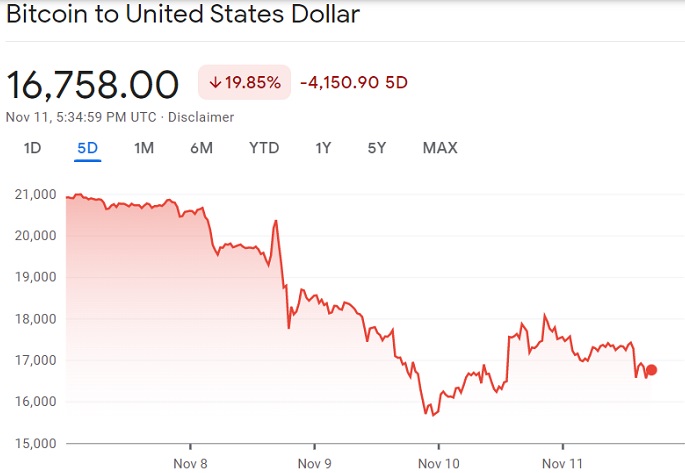 Crypto Is Risky But Not Rigged

Bitcoin has had a bad time of it for the last year. The supposedly independent crypto world was going to be a safe haven when the dollar collapsed or the stock market crashed. What happened is that the US Federal Reserve has been raising interest rates to fight inflation and that has driven the dollar up and stocks down. Meanwhile, Bitcoin tracked with the Nasdaq instead of being independent. Then the FTC crypto exchange got in trouble with dubious internal loans and may collapse taking billions of dollars in crypto assets with it. Those who got into the crypto world in the last year or so have only seen pain instead of the spectacular results promised by celebrities paid to promote crypto. There has been a temptation, especially considering the FTC case, to say that crypto is a big setup designed to take people’s money. We would suggest that crypto is risky but not rigged. Impressive results are generally tied to higher risk in the world of investing.

What Is the Intrinsic Value of Bitcoin?

Back in the late 1980s Coca Cola stock was limping along in the $2 range for what would have been one share today. Warren Buffett looked at the stock and applied an intrinsic stock value approach to his decision whether to sell his shares or buy more. Buffett is famous for making a lot of money in the stock market and only investing in stocks when he understands what the company does to make money and how their business plan is likely to generate profits for years to come. He has also been quoted as saying that his favorite time frame for investing in a stock is forever. To make a long story short Coca Cola traded in the $20 range in the first decade of the century and trades for $55 today. With a 2.9% dividend yield, Coca Cola today pays a dividend every year equal to the late 1980s share price at which Buffett purchased Coke. This approach is followed by many successful long-term investors. These folks have generally avoided crypto investments because they do not know how to value them except using market sentiment indicators or short term technical analysis indicators of market price. Bitcoin does not pay dividends, does not have earnings to use for a P/E or CAPE ratio to compare with other investments.

When one sees that a celebrity is fined for illegally promoting a cryptocurrency or that stable coins are backed by programmatic algorithms instead of hard cash one can be forgiven for thinking that crypto is rigged. However, the same sorts of things occur in the worlds of stocks, bonds, and real estate. Bloomberg looks at this issue and says not to learn the wrong lesson. They note that assets that hedge or protect against risk are rare and there are typically tradeoffs. For example, we wrote about how to invest without losing any money which is to buy treasuries, AAA bonds, or bank CDs and hold them until term. You do not lose any dollar amount in such investments and will gain a bit of interest but you will lose ground to inflation, especially today. The tradeoff is that when you want less risk you need to accept a lower rate of return and if you want a higher rate of return you need to accept a higher degree of risk. A glaring problem investing in Bitcoin and the rest of the crypto world has been the generally held assumption that investors can pretty much get something for nothing. The only rigged part of this equation can be countered by the old Roman saying and principle of the sale of goods, caveat emptor, let the buyer beware.

Regulation of the Crypto Niche

In the world of investments there are predictable risks. The economy goes up and down and either drives stocks up or drags them down. Bitcoin has generally followed the Nasdaq this last year which gives the cryptocurrency some predictability. On the other hand, when a crypto business is hiding problems with their assets and liquidity, that is a risk that is not predictable unless you assume that the entire niche is crooked, which it isn’t. Earlier this year Biden issued an executive order directing government agencies to get organized in terms of regulating digital currencies and payment systems. The collapse of FTC and its effect in dragging down the entire crypto market is likely to provide greater impetus for efforts to firm up new crypto regulations that will reduce the risk of trickery in the crypto niche but not market risks or the risk that cryptocurrencies like Bitcoin do not have a well-defined fundamental value.

Crypto Is Risky But Not Rigged – SlideShare Version

Crypto Is Risky But Not Rigged – DOC

Crypto Is Risky But Not Rigged – PDF

Tags: Is Crypto Rigged, Regulation of the Crypto Niche, What Is the Intrinsic Value of Bitcoin
Previous Post 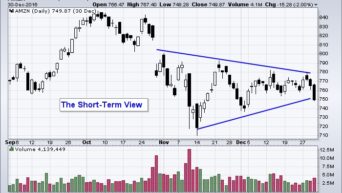 Where Does Technical Analysis Fit in Investing? 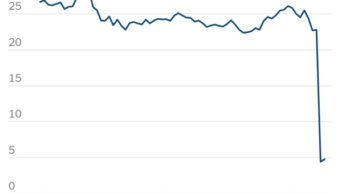 Will the FTX Crypto Exchange Collapse?