Once upon a time there was Bitcoin. It was invented to be an efficient way to send money via the internet. The idea was to have a payment system that was an alternative to banks and other centrally controlled financial systems. This founding idea is still there and has its place in decentralized finance, the trading of non-fungible tokens, and even the evolving Metaverse. During the 14 years since Bitcoin was invented, we have seen a system evolve into various types of cryptocurrencies and by mid-2022 there were more than 20,000 different crypto tokens. Meanwhile traditional markets took notice and the CME offered Bitcoin futures and then even options on these futures. In 2021 they added the latest wrinkle, mini Bitcoin futures. Amidst the current crypto winter, and an overwhelming number of crypto token choices, are mini Bitcoin futures a good idea?

When Bitcoin was invented, it had zero financial value in 2009. Pretty much only a handful of techies knew about it and it was worth a fraction of a penny but by mid-2010 it hit 9 cents and by October 10 cents. Then it broke a dollar in April of 2011 and more folks took notice, bought it and drove the price briefly up to the $30 range only to see it fall to the $2 range by the end of the year. This established a pattern for Bitcoin and the cryptocurrencies to follow. The cryptocurrency meant for making internet purchases easier and the financial system fairer, became a vehicle for speculation and creating wealth. The first really huge spike came in 2017 when Bitcoin broke $1,000 and peaked at $19,000 in December before settling down to $11,000 in January of 2018 and $3,000 by the end of 2018. Obviously, anyone who had bought a thousand or so Bitcoin for pennies made out like a bandit. The next two huge peaks were in 2021 at $61,000 and $64,000 and then began crypto winter where we are now with Bitcoin trading around $16,000.

Trading Going Where the Bitcoin Money Is

From the viewpoint of the crypto purist who wanted an efficient way to pay on the internet and provide a fairer financial system, crypto lost its way. For the modern day robber barons who made fortunes with FTX and the other, now bankrupt, crypto businesses, crypto was a path to limitless wealth. As the traditional financial system observed the ups and downs of Bitcoin and other crypto tokens it saw a lucrative market. Futures and options traders make money from the ups and downs of commodities, foreign currencies, and stocks. Bitcoin looked like an ideal vehicle for futures trading and for trading options on futures.

Why Mini Futures on Bitcoin?

Futures are contracts between two parties who are essentially betting on the price of an asset as of a future date. They are commonly used for agricultural and other commodities but also for stocks. A Bitcoin futures contract is for five bitcoin while a mini futures contract on Bitcoin for a tenth of that amount. These contracts let folks with less money to risk take a shot at making profits as Bitcoin rises and (this year especially) falls. While standard Bitcoin futures go back to 2017, the mini futures were introduced in 2021. While correctly traded futures contracts on Bitcoin have been exceptionally profitable during the last year as Bitcoin has plunged in value, they have also been very risky. The CME introduced mini futures for traders who want less risk but still want access to this market.

A problem for traders who want to avoid excessive risk is that futures contracts can be both lucrative and can lead to spectacular losses. A way to hedge risk in this arena is to trade options on Bitcoin futures or mini Bitcoin futures contracts. When trading options the buyer pays for the right to retain the option to buy or sell so their worst case scenario in case of an unsuccessful trade is the premium they pay. In a world where Bitcoin may not have found its last downward price plateau, anyone who wants to profit by trading E mini Bitcoin futures may wish to consider going one more step and trading options on these. Then an excellent idea would be to actually learn the sorts of trading skills that professionals have in order to make money in these arenas and only trade in simulation until you know what you are doing!

Tags: How Crypto Became a Speculative Investment Vehicle, Trading Going Where the Bitcoin Money Is, Why Mini Futures on Bitcoin
Previous Post 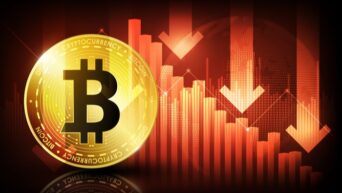 What Will Be the Washout Price of Bitcoin?