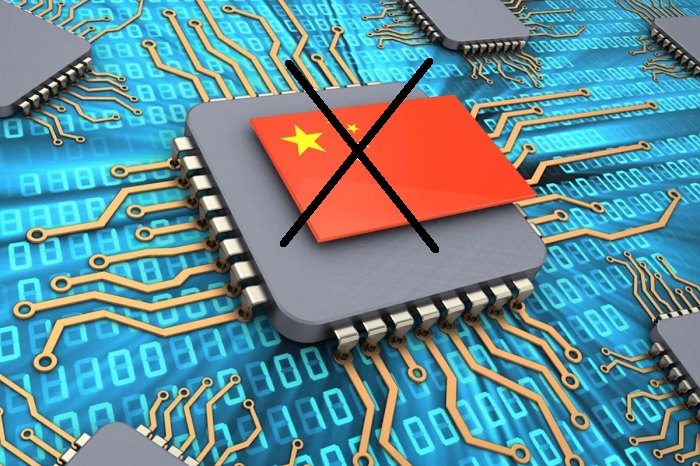 Ban of Advanced Chips to China and Your Investing

The new Cold War between the USA and China took another step into the freezer when the Biden administration put into place restrictions on selling semiconductor technology to China. This applies to advanced chips and chip making technologies. The aim is to impede China’s progress in developing precision guided weapons, supercomputing, and programs that allow surveillance of dissidents in its population. How do the ban of advanced chips to China and your investing relate?

China’s rise from an agrarian society to the leader in world industrial output happened because it offered cheap labor, allowed a version of managed capitalism to its citizens, was allowed into world markets, and attracted foreign investment. China offered foreign companies cheap costs for producing and impressive profits when those companies closed factories at home and outsourced to China. But that system also trapped China as a low-cost producer of low-end products. The current leader of China, Xi Jinping has driven the country toward more and more advanced technologies to make them less dependent on the West and other Asian countries like Japan, South Korea, and Taiwan. According to Xi, China will strengthen its state-led system to achieve breakthroughs of core technologies. To accomplish this one can expect China to follow the path it has taken before demanding technological concessions from Western countries that want to do business there and stealing trade secrets instead of developing everything from scratch. Much of this would be less of a concern if it were not for things like threats of invading Taiwan, claiming the South China Sea as Chinese sovereign territory, and supporting Russia in its invasion of Ukraine.

What Businesses Are Affected By the Chip Ban?

The chip ban is aimed at slowing Chinese progress in modeling nuclear blasts, guiding their hypersonic missiles, and tracking virtually every activity of each of their citizens but will extend to any business that works on military applications and sensitive technologies. Chinese companies that work closely with Chinese security, intelligence, and the military will be directly affected. The ban is comparable to what was done under the Trump administration in regard to Huawei. At the heart of the ban are graphic processing chips commonly used for artificial intelligence and supercomputers. In addition to bans on chips there are bans on machines that make advanced memory and logic chips. Significantly, the ban includes foreign companies that use US technology from selling chips and technology to China as well. This is the foreign direct product rule that was used for Huawei.

Chinese companies affected by the ban include the following:

On the US side of the equation, Nvidia and Advanced Micro Devices will be hit by the ban. Nvidia shares fell 6.6% and AMD shares fell 3.7% on the news.

Chip Ban Fallout and Your Investments

The chip ban is very focused and, by itself, should not cause huge changes in anyone’s investment portfolio. However, it remains to be seen how the Chinese will retaliate. Beijing could impose sanctions on US companies. While this could be cutting off their noses to spite their faces China’s leadership could feel compelled to respond. On the other side of that equation is that fact that China’s economy is not growing right now largely due to their strict zero tolerance Covid policy. Also the Chinese real estate sector is a huge problem for Beijing and doing anything that hampers trade with and profits from the West might not be a good idea

The fallout to be expected will likely not be so much related to specific chips and chip technologies but rather on a frostier relationship between China and the US and how that works out for US companies like Apple and GM that both produce and sell in China and hope to profit from growth in local Chinese markets. Long term risks of investing in China have become intertwined with risks to the US and world economy as the West increasingly sees China as strategic and economic risk.

Ban of Advanced Chips to China and Your Investing – SlideShare Version

Ban of Advanced Chips to China and Your Investing – DOC

Ban of Advanced Chips to China and Your Investing – PDF

Tags: China’s Thrust Toward Advanced Technologies, Chip Ban Fallout and Your Investments, What Businesses Are Affected By the Chip Ban
Previous Post 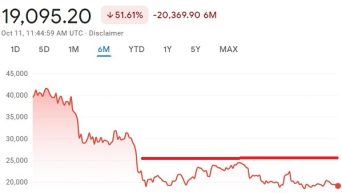 Bitcoin Trades in a Predictable Range 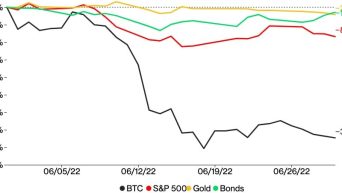