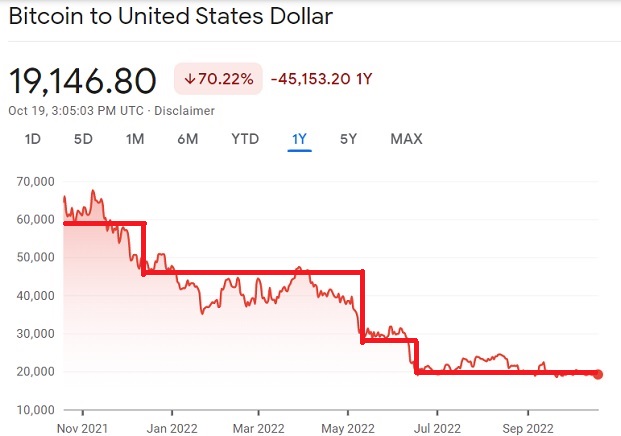 Bitcoin and the rest of the crypto world have had a terrible time of it since the last peak in November of 2021. Bitcoin itself has fallen by more than two-thirds. If you look at a chart depicting price over time the downward trend has not been steady but rather a series of steps down to progressively lower levels. The factors that have been assaulting Bitcoin value, namely inflation, war, supply chain disruptions, the risk of a global recession, and a steadily climbing US dollar are not exhausted. As such, one needs to consider what will be the next step down for Bitcoin.

Why Does the Bitcoin Market Trade Sideways?

Markets in general go up, go down, or trade sideways. When market sentiment is positive there are more buyers than sellers which drives prices up until more folks are convinced to sell. When market sentiment is negative there are more sellers than buyers and prices fall until more buyers are convinced to reenter the market. The Bitcoin and other markets trade sideways when buyers and sellers are undecided.

Will Bitcoin Go Up Next?

There are two major aspects to sentiment regarding Bitcoin and until one wins out over the other Bitcoin will continue on its sideways path. The first thing to consider is that Bitcoin is relatively new to the world and has created impressive wealth for those who got in early and stayed, the HODL (hold on for dear life) approach. Folks who are true believers in this approach are waiting for a signal that Bitcoin is going to surge upward again surpassing its previous high. It should be noted that there are also long-term holders of Bitcoin who are selling now.

Is Bitcoin Set to Fall in Price Next?

The other side of the coin or Bitcoin is that much of the previous Bitcoin hype about being a safe haven during troubled times (like now) has turned out not to be true. Bitcoin has not been a hedge against inflation, a safe haven as the dollar falls, or a place to park your money when a recession threatens. Bitcoin has tracked with the Nasdaq over the last year and that is been mostly downward. Folks who subscribe to this view are looking for the next step down for Bitcoin.

Technical Signs of a Bitcoin Breakout

If you want to successfully trade Bitcoin’s breakout from the current trading range there are three useful technical analysis indicators. These are head and shoulders patterns, flags, and triangles. A head and shoulders pattern on a trading chart looks just like it sounds. The price peaks three times with the first and second peaks being about equal and the middle peak being higher, thus the head and shoulders pattern. This pattern suggests that the market will fall next and is useful in making predictions in both upward trending markets and somewhat flat markets. A flag is useful for spotting a trend reversal or breakout and is characterized by a minor trend followed by a spike, the flagpole and flag. The triangle is when the highs and lows within a trading channel move closer and closer together pointing either up or down and commonly indicating growing consensus regarding an upward or downward breakout.

We have somewhat tiresomely repeated that Bitcoin has followed the Nasdaq in its percentage rises and falls since the end of last year. While short term Nasdaq movement is governed by market sentiment, its long-term pricing depends on fundamentals and intrinsic value assessment. Factors driving fundamentals today include the highest inflation in four decades driven by the worst war in Europe since WWII, rising totalitarianism with brutal Covid lockdowns in China, and the very real risk of Russia using chemical, biological, or tactical nuclear weapons. For Bitcoin to move to the upside like it did for more than a decade inflation needs to be licked, Russia needs to withdraw its troops from Ukraine, and China’s dictator needs to swear off of invading Taiwan. There also needs to be no recession or it needs to run its course. All told we need for the world to get better and that will likely take at least a couple of years and perhaps more.  For Bitcoin to fall to the next step down we only need to see one of the major factors driving today’s economic mess to get substantially worse. Very unfortunately, a next step down for Bitcoin is more likely today than a step up. The downward steps in the last year have all been in the 25% to 33% range. Thus, we might expect Bitcoin to step down from roughly $20,000 to $15,000 next if it follows the previously established pattern. Should all hell break loose in Ukraine or in the Taiwan Straits all bets are off.

Next Step Down for Bitcoin – SlideShare Version

Next Step Down for Bitcoin – DOC

Next Step Down for Bitcoin – PDF

Tags: Fundamentals Predicting Channel Breakouts, Is Bitcoin Set to Fall in Price Next, Technical Signs of a Bitcoin Breakout, Why Does the Crypto Market Trade Sideways, will bitcoin go down next, will bitcoin go up next
Previous Post 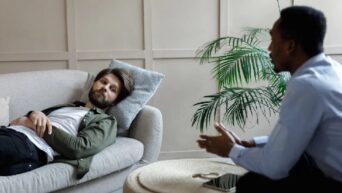 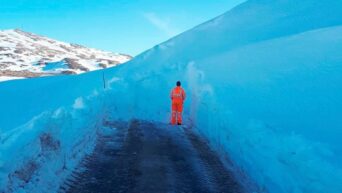